Locals said that two brothers – Lalit Singh and Bhupendra Singh alias Bhupi who were found hanging at a house in Sant Nagar in Buradi area of New Delhi had relocated from the village along with their families nearly three decades ago. They first shifted to Haryana and then settled in Delhi. 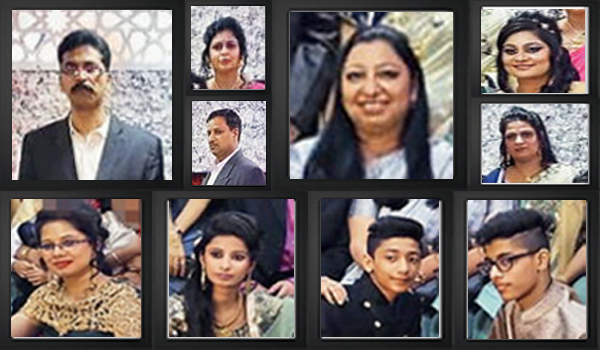 Family from Chittorgarh in Rajasthan.

Jaipur: Eleven members of a family who were found dead under mysterious circumstances at a house in Sant Nagar in Burari area of New Delhi originally hailed from Sawa village in Chittorgarh district of Rajasthan, according to preliminary reports. Locals said that the father of two brothers – Lalit Singh and Bhupendra Singh alias Bhupi who were found hanging - had relocated from the village nearly three decades ago. He first shifted to Haryana and then settled in Delhi. Earlier it was suspected that all the members committed suicide, but the cops are now probing an occult angle. Those who were found dead included 77-year-old Narayan Devi, her daughter Pratibha (57), her two sons Bupendra (50) and Lalit Bhatia (45); Bhupendra Singh's wife Savita (48) and their three children - Meenu (23), Nidhi (25) and Dhruv (15); Lalit Bhatia's wife Tina (42) and their 15-year-old son Shivam were also among those found dead. Pratibha's daughter Priyanka (33), was also found hanging. Priyanka was to get married by the end of this year. “Lalit Singh and Bhupendra Singh were sons of Bhupal Singh Chundawat who was a resident of Chandani Chowk in Sawa in Chittorgarh. Bhopal Singh shifted to Tohana area in Haryana and worked at a hotel there. He got married in a Bhatia family. The family finally settled in Delhi. Bhupal Singh has passed away,” said a local resident. 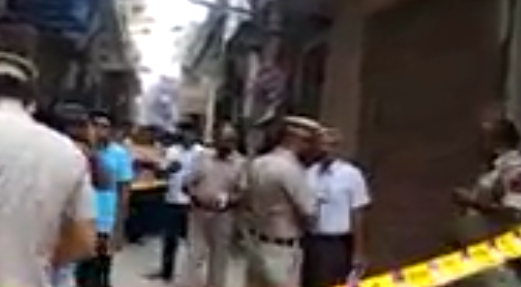 video grab of a police team outside the house where 11 members of a family were found hanging. The family belonged to Rajasthan.

The families of Bhupal Singh’s two brothers still live in Sawa. “Lalit, Bhupendra and their family used to visit the village on special occasions. They attended many functions including weddings in the extended family recently,” said the local resident. According to media reports, the family could have been killed while performing some occult practice. The police are investigating whether the elderly woman and children were killed. Senior politicians including CP Joshi expressed grief over the incident and demanded an enquiry. Former Rajasthan chief minister Ashok Gehlot also enquired about the incident from local politicians in Chittorgarh.
Follow @ThePinkcityPost