1.5 lakh Jaipur residents on verge of losing LPG connection due to lack of KYC

The LPG connection of those consumers who have not linked LPG subsidy to their Aadhar card number and not updated their KYC details will be terminated on January 1, as per the government orders. 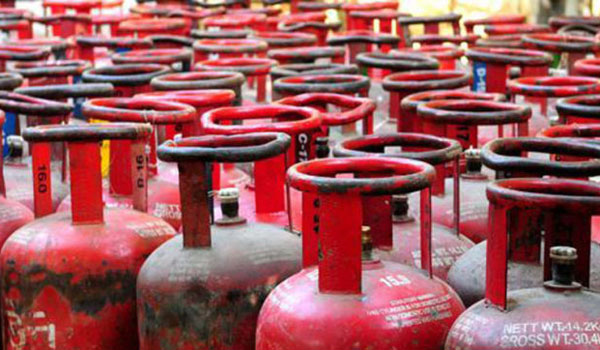 Jaipur: Cooking gas connection and LPG subsidy of more than one lakh consumers may be terminated in Jaipur from January 1, 2019 due to the lack of KYC (Know Your Customer) verification. The LPG connection of those consumers who have not linked LPG subsidy to their Aadhar card number and not updated their KYC details will be terminated on January 1, as per the government orders. The number of LPG consumers who have not linked their gas connections with Aadhar number is 1.5 lakh in Jaipur and 9 lakhs in Rajasthan. Their gas connections will be terminated on January 1, if they did not update their KYC in December. Read also: Online booking and payment for LPG cylinder in Jaipur: how to save Rs 5 on each refill In Jaipur, a total of 60,000 consumers are of IOCL, 35,000 are of HPCL and 30,000 are of BPCL. The gas connections will be terminated of those LPG consumers too, who have linked their gas subsidy with the bank but not from Aadhaar. The Central government has issued a notice to all the gas companies regarding this. If the KYC of any consumer will not be updated till January 1, 1019, their gas connections will be closed. Some LPG consumers are arguing on the fact that why they have to link their connections to Aadhar if they are paying tax and fee on time. How to do KYC of gas connection? According to LPG Distributor of Rajasthan’s Secretary Kartikey Gaur, the consumer will have to visit the the gas agency to update the KYC o by linking it to the Aadhar number. The consumer will have to carry one ID proof, one address proof, and Aadhar card to the gas agency. There he or she has to fill the KYC form with details including name and birth date of the person, in whose name gas connection.
Follow @ThePinkcityPost