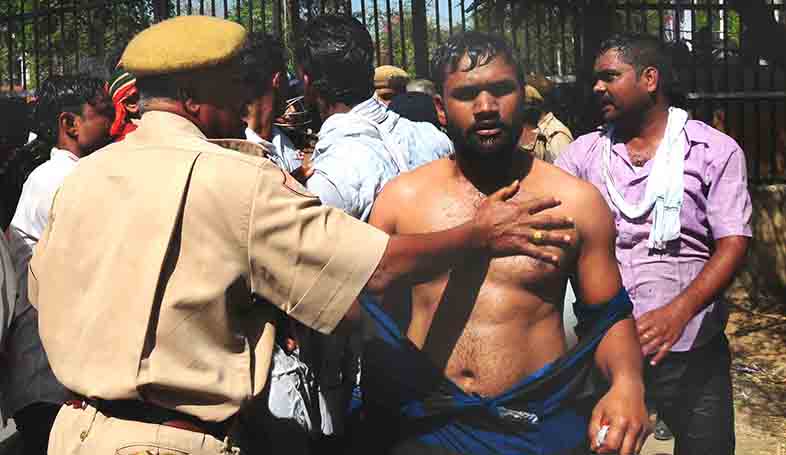 Jaipur: Youth Congress workers clashed with police outside the state assembly building in Jaipur after their protest demanding waiver of debts for farmers went out of control on Thursday. The police resorted to lathicharge and called in water cannons to disperse the protestors. Police officials said the protesters started pelting stones and jumped over the barricades put up outside the assembly building, forcing the police to use force.

Youth Congress workers has been staging demonstrations against the alleged mistreatment meted out to farmers in the state by BJP-led Vasundhara Raje government.

On Thursday, hundreds of workers reached assembly building in form of a procession and tried to jump over the barricades. When police didn’t let them enter the restricted area, they allegedly started manhandling the security personnel and pelted stones.

Police charged batons in response and when they could not control the crowd, the officials called water cannons. 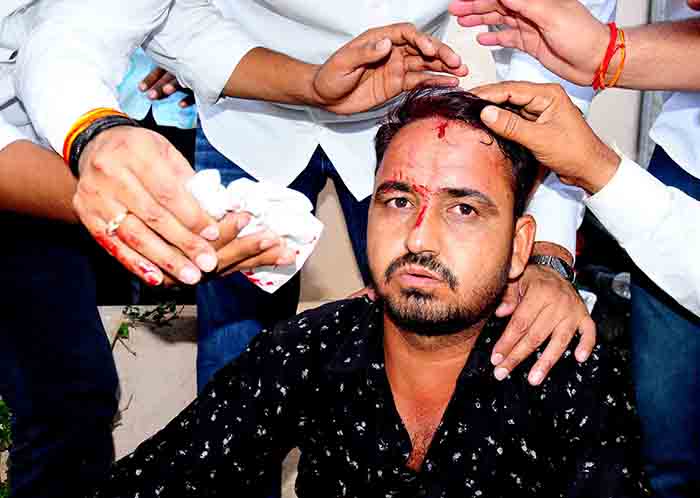 Ashok Chandna, state president, Youth Congress, said, “The BJP government cannot scare the Youth Congress with lathi and water cannons. We will continue to raise voice against the injustices being meted out to farmers and the common man. Farmers are committing suicide due to debts. We will not relent until the government waves off debts on farmers. They were also not given adequate compensations against damaged crops, fertilizers and pesticides are not being made available at low cost and regular and adequate power supply is not being made agricultural purposes.”

An earlier protest by Youth Congress workers had also turned into a law and order situation leading to cops baton charging the protestors. Many leaders including Sachin Pilot had sustained injuries.

Subscribe to WhatsApp updates for Jaipur News Click on the following link(s) to find the latest & related stories on: Youth Congress