Family members shared the video in which the woman can be seen engulfed in flames. The video went viral. 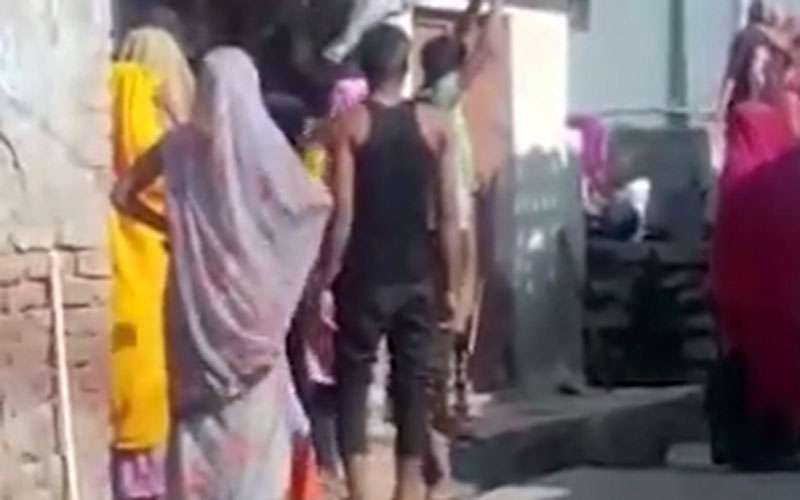 A screengrab of the video that went viral. The video shows the woman engulfed in flames.

JAIPUR: A 30-year-old woman teacher, identified as Anita Regar, was burnt alive by a group of six people in Raisar village, nearly 80 km from Jaipur.

The incident that took place nearly a week ago hogged headlines when the woman succumbed to injuries on Wednesday and the family members shared the video of the incident in which the woman can be seen engulfed in flames. The video went viral.

The woman had lent money to the accused men about a year ago and when she demanded it back from them, they started harassing her.

The incident took place on August 10. Anita who was a teacher at Veena Memorial School, was on her way to work with her son Rajveer (6) when she was ambushed by nearly six men. The men attacked her.

To save herself, Anita entered the house of Kaluram, a neighbour. The goons dragged her out of the house, poured petrol on her and set her on fire. Anita screamed for help. The goons allegedly made a video of the incident.

On receiving information about the incident, Anita’s husband Tarachand reached the spot along with his relatives, but by the time the fire was doused, Anita had suffered 70 per cent burns. Anita was admitted to a hospital where she died on Tuesday night. Anita revealed the names of the accused men to her husband.

Anita had lent Rs 2.5 lakh to the accused men. When she repeatedly demanded the money back, these people started harassing her. .