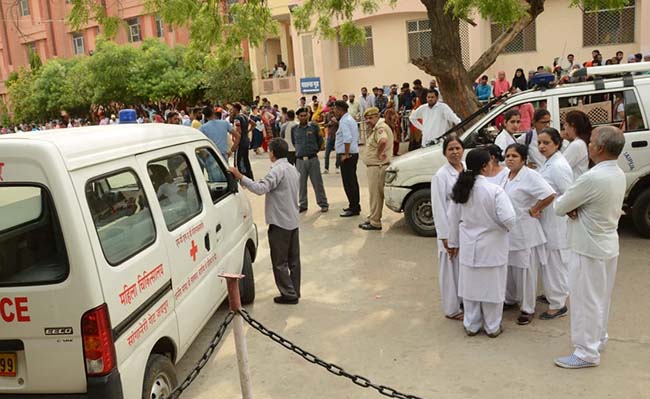 Jaipur: A first year resident doctor of Sanganeri Gate Women Hospital allegedly committed suicide by hanging herself at his residential quarter on the hospital premises. The body of the doctor, identified as Sakshi Agrawal was found hanging on Wednesday. A huge crowd of doctors and people gathered outside the spot when the news of suicide spread. The police officials said that it is being probed what caused Sakshi to take the extreme step.

According to the police, a team was rushed to Sanganeri Gate Women Hospital after getting the information about the incident. The body was taken to the mortuary of a hospital. The police will conduct a postmortem examination in the presence of her family members.

The police are recording the statement of her colleagues and senior doctors to know why she ended her life. It was yet unclear if a suicide note was recovered from the spot. Further investigation is going on.