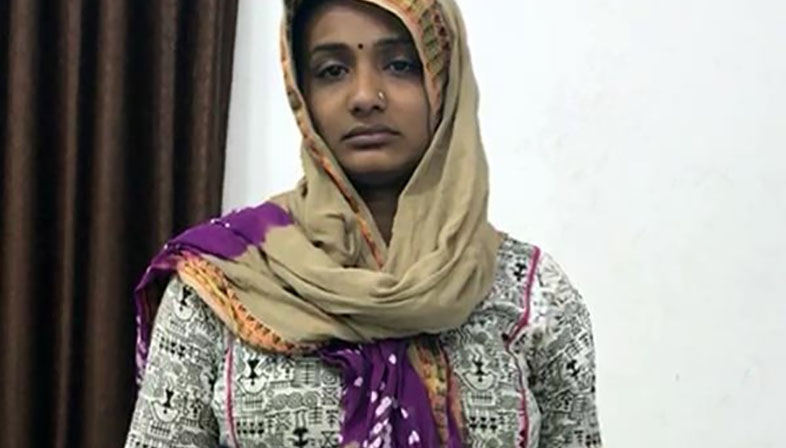 Pinki was arrested for drowning her daughter in a water tank in Jaipur.

Jaipur:  The city police on Thursday arrested a young woman who allegedly killed her 4-month-old daughter by drowning her in a water tank.  The cops were stunned when she told them during interrogation that she ‘was hearing whispers from evil spirits asking her to kill her daughter’. She said the evil spirits would have harmed her husband and son if she had not obeyed them.

The woman, Pinki, is a resident of Pratap Nagar sector – 18. On Wednesday, she charged out of her house and started shouting that a woman had snatched away her daughter and disappeared. The neighbors informed the police.

A police team rummaged through the area looking for the woman who reportedly kidnapped the baby, but later found her body floating in a water tank in a house adjacent to that of Pinki.

The house where the body was recovered was locked as the neighbors were out of the city. Only Pinki had the key to the house, further consolidating the police’s suspicion.

“We found inconsistencies in her statement. It was not possible for a stranger to just take away her sleeping daughter while she was in Pinki’s lap. How the body ended up in the neighboring house’s water tank was also inexplicable. We kept interrogating Pinki. She finally confessed to killing the baby,” said a police officer.

During interrogation, Pink reportedly told the police that she had been instructed to get rid of her daughter by ghosts she couldn’t see.

“She says that these ghosts always whispered in her ears that she should get rid of her daughter. Only after sacrificing her daughter, she could ensure that her husband and 4-year-old son lived a happy life,” said the officer.

The police have booked the woman for homicide.