She left a suicide note in her cell phone accusing the SHO Pushpendra and a woman colleague of harassment in the name of duty. 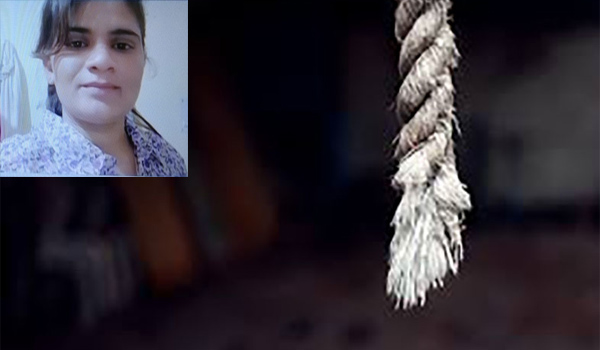 Jaipur: A woman constable posted at Sanchore police station in Jalore district allegedly committed suicide by hanging herself at her government quarters on Friday. She left a suicide note in her cell phone accusing the SHO Pushpendra and a woman colleague of harassment in the name of duty.

Senior police officers rushed to the spot after getting the information about her suicide. Her body has been put in the mortuary of a government hospital and will be handed over to the family members after a post mortem examination.

According to the preliminary investigation, the deceased woman had called up a senior police officer prior to committing suicide and complained about the alleged harassment. In the suicide note, she accused SHO Pushpendra and a colleague woman constable of harassment. It is suspected that she took the extreme step as she was mentally depressed over the alleged harassment

Senior police officers said that an investigation has been launched into the allegations and further action will be taken if they are found true.

Cases of woman constables committing suicide have been reported in the past too.

A woman constable, Saroj Meghwal, committed suicide by hanging herself from a ceiling fan at her parents’ house in Osian area of Jodhpur district in February last year. She sent some videos to her boyfriend before ending her life in which she stated that she didn’t accept her child marriage and she was being threatened by her family members as she wanted to marry the boy of her choice.

A lady police constable, identified as Seema Choudhary, first hanged her 4-year-old daughter from the ceiling of her residential quarters and then committed suicide by hanging herself in the Police Lines in Bikaner in March last year. Police officials said that the woman’s husband had died in a road accident three months ago. She was depressed over this.