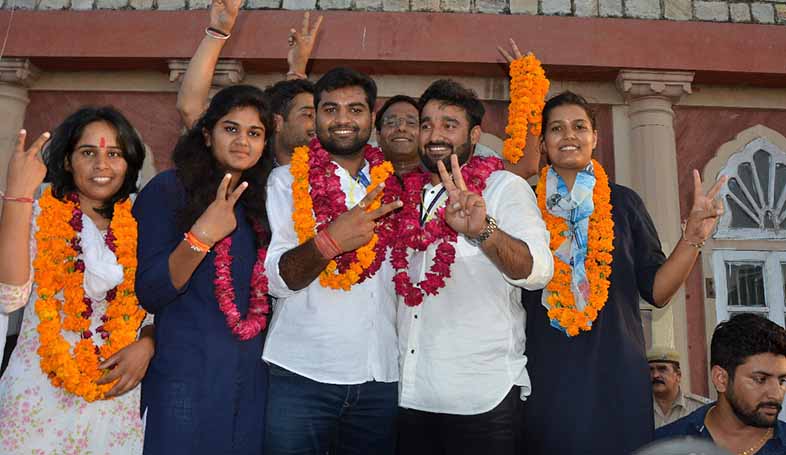 Student union election in Rajasthan. ABVP wins the presidential posts at 5 universities, while independent candidates bagged 2. NSUI had to be content with only two universities.