We are in majority; not afraid of raids by central agencies, says Raj CM Gehlot

Home » City Reports » We are in majority; not afraid of raids by central agencies, says Raj CM Gehlot 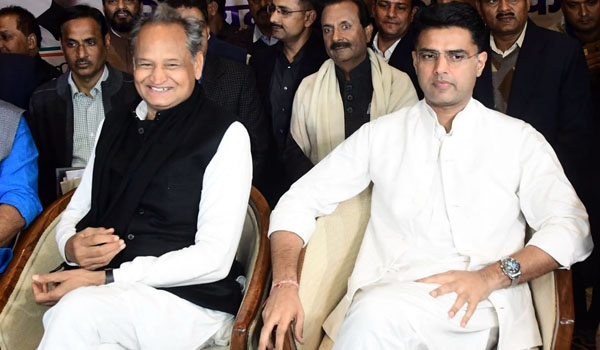 Jaipur: Rajasthan chief minister Ashok Gehlot on Thursday said that the Congress government in the state was in majority and all the efforts to topple it had been foiled. Gehlot also said that the BJP was trying to build pressure with raids and probe by central investigation agencies such as CBI and ED, but he wasn’t concerned or afraid of these pressure-building tactics.

Gehlot said ‘those’ who moved the high court against the Speaker’s notice has made a mistake. The notice was issued simply because they ignored the party whip and didn’t attend the Congress Legislative Party meeting.

Gehlot also said that some MLAs are being kept hostage in hotels. They are under the watch of bouncers who are not letting them leave. These MLAs are calling us using phones of waiters and barbers, said Gehlot adding that those who have kept the MLAs hostage are killing the democratic values.

Meanwhile the Supreme Court has refused to intervene in the hearing in the Rajasthan high court hearing into the petition filed by sacked deputy chief minister Sachin Pilot camp against disqualification notice issued by the Assembly Speaker CP Joshi. The Apex Court said that the high court is within its jurisdiction to pronounce its judgement in the matter. The next hearing in the case is on July 27. The Rajasthan high court had asked the Speaker not to take any action against Pilot and 18 other MLAs.