By-elections 2019: Voting in Khinwsar and Mandawa to begin from 7 am tomorrow

Home » State » By-elections 2019: Voting in Khinwsar and Mandawa to begin from 7 am tomorrow 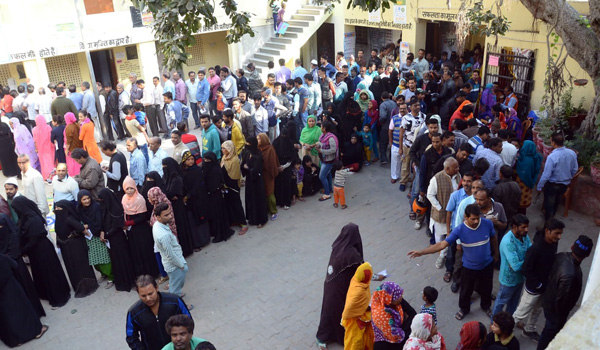 Jaipur: The voting for by-elections to Khinwsar constituency of Nagaur district and Mandawa assembly seat in Jhunjhunun district will be held on Monday. The voting will take place from 7 am to 6 pm. The counting of votes will be conducted on October 24.

The candidates on Sunday did door-to-door campaigning and wooed the voters to vote in their favour. The Election Department officials said that all the preparations for the elections have been made and the polling parties have left for their respective destinations. All the necessary security arrangements have also been made.

In Mandawa assembly constituency, 60 polling booths have been classified as sensitive, while in Khinwsar the number of sensitive polling stations is 121.

There is an alliance of BJP and RLP in Khinwsar. Narayan Beniwal is pitted against Congress candidate Harendra Mirdha. In Mandawa, BJP candidate Sushila Hornada is pitted against Rita Chaudhary of Congress. Rita has been an MLA from Mandawa. She is the daughter of local politician Ramnarayan Chaudhary.