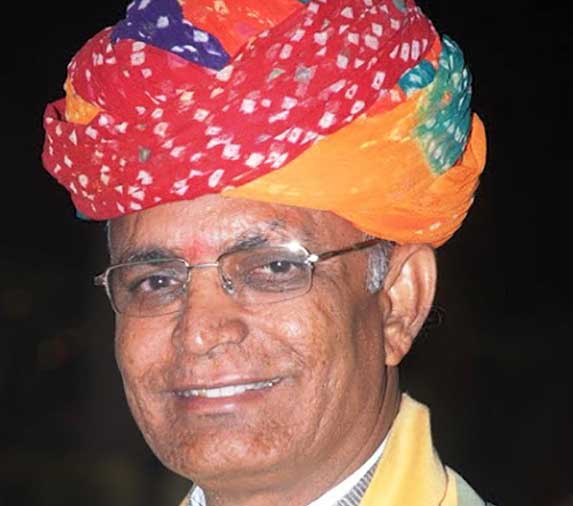 Jaipur: Justice Chopra commission, formed to investigate Mehrangarh tragedy that killed 214 people in Jodhpur seven years ago, has submitted its report to the chief minister’s office. The commission has highlighted lacuna on part of the police and district administration and concluded that providing VIP treatment to then member of parliament (MP) Jaswant Singh Bishnoi was one of the reasons that caused the stampede.

The report says that the crowd at the fort swelled because Bishnoi was given a VIP treatment. The police, Mehrangarh Museum Trust and Ummed Relgious Trust and district administration were caught unprepared in controlling the crowd.

The report even recommended a case be registered under section 304-A and other sections of the IPC against negligent parties as criminal negligence was found.

Bishnoi was quoted as saying that he was not provided any VIP treatment and he was not responsible for the incident.

“I don’t have knowledge of any such report that holds me responsible for the incident,” Bishnoi said.

Bishnoi is currently the chairman of Central Wool Development Board.

After receiving the report from Justice Chopra commission, the home department has forwarded it to the chief minister’s office (CMO) fur further action.

A stampede at the Chamunda Devi temple in Jodhpur killed 214 people onSeptember  30, 2008. Nearly 500 others were injured.

The temple is located within the premises of Mehrangarh Fort. Thousands of people had gathered at temple to mark the first day of the nine-day-long Navratri.

The government set up Justice Chopra commission to probe the incident.