Asha Jhajharia, a mother of two children, climbed the summit of Mount Everest on May 22. 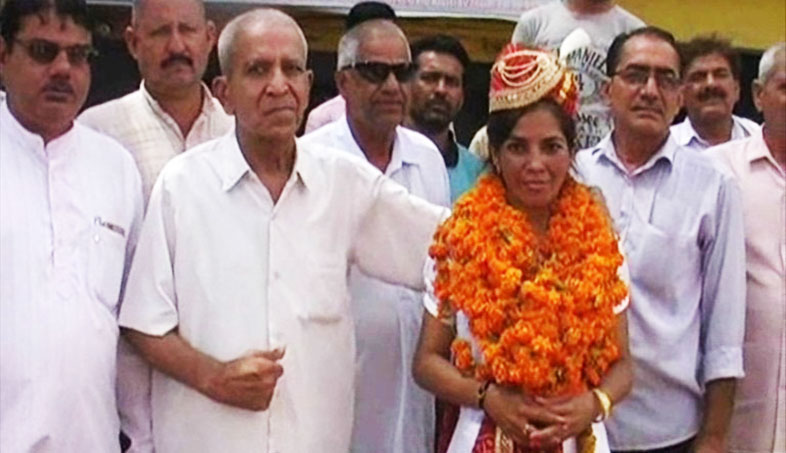 Asha Jhajharia, a government nurse, is the first woman from Rajasthan to scale Mount Everest.

Jaipur: A government nurse by profession, Asha Jhajharia has become synonymous with woman empowerment in her non-descriptive village in Rajasthan’s Jhunjhunu district.

As Asha reached her native village for the first time nearly 20 days after climbing the summit of Mount Everest, her eyes welled up. She was overwhelmed with emotions when the residents of her village extended a warm welcome to her. Asha became the first woman from Rajasthan to achieve this feat. Asha hails from Gharsana Khurd village, while her parental family currently lives in Singhana.

The villagers made her ride in an open gypsy and took out a celebration march, shouting slogans all the way to her home. She made her wear a pagadi, a symbol of male dominance, and offered her garlands.

Asha is mother of two children, currently posted as a staff nurse at a primary health center in Jatuwas village near Kotkasim in Jhunjhunu. Her husband Ajya Singh is an assistant sub inspector posted in Haryana’s Rewari town, while her father is a retired army officer. 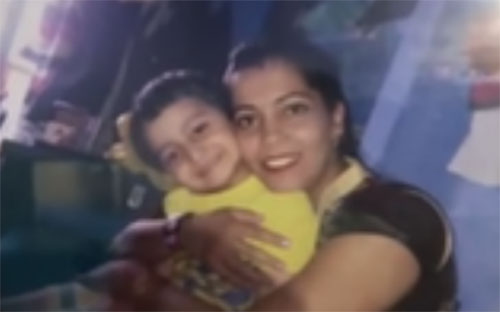 Asha jhajharia with her child

“The thought of climbing Mount Everest crossed her mind for the first time in 2015 during a pilgrimage to Amarnath. She was crossing Baltal Ghati when some army jawans appreciated her courage. They said that she had crossed the difficult stretch in such a short time that ascending Mount Everest would be a child’s play for her. It was when she decided to achieve this feat,” said Asha’s brother Vikram Singh.

But it was soon clear to Asha that ascending Mount Everest was actually not a child’s play. The first problem was money. She needed to deposit Rs 28 lakh for training and other expenses.

Her father had a brain hemorrhage a few years ago. She and her husband make ends meet while raising two kids.

“She took a bold step. She borrowed nearly Rs 28 lakh from friends and relatives. She deposited the money and underwent a rigorous training at Himalayan mountaineering institute in Darjeeling (West Bengal). For admission, she had to clear two levels of exams. Of 73 woman participating in the exam, Asha was the only woman who cleared it,” said the brother.

In the first level exam, she had to climb 16,500 feet. In the basic mountaineering course, she scored A grade marks. The second level exam took place between October 19 and November 15. She climbed 17,500 feet to clear the exam. Her training for Mount Everest began on April 7, 2017.

She completed her Mount Everest adventure on May 22.

As soon as the news of her successful ascend reached her village, people gathered in huge numbers at her parental house and congratulated her father and other family members for Asha’s achievement.