With a village burning in the background, BJP MLA Bachchu Singh clicks selfie 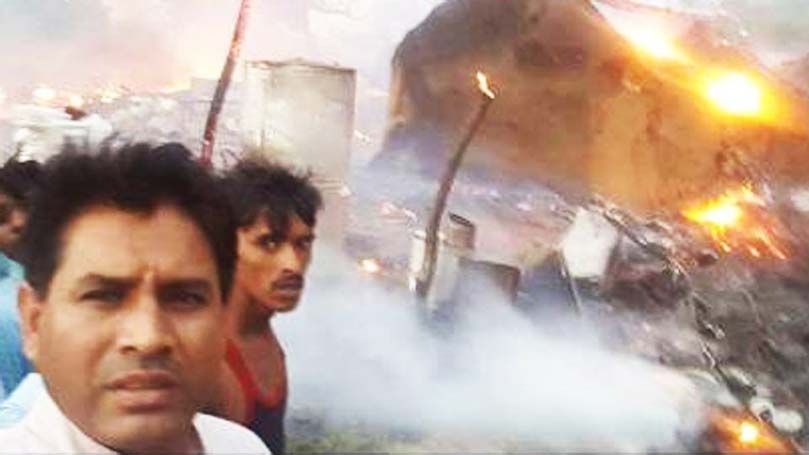 Jaipur: Bachchu Singh, a BJP MLA from Bharatpur’s Bayana constituency, was trolled on social media on Wednesday after he took a selfie showing a major fire ravaging huts in a village. The MLA posted the selfie on Facebook with burning houses in the background. The MLA had to remove the selfie when it kicked up a major controversy. Bachchu Singh told media persons that he had immediately rushed to Nagla Moroli Daang area of Bayana town after he came to know that fire had spread quickly and destroyed most of the huts in this hamlet. Singh talked to victims and instructed the government officials to speed up efforts to douse the fire. After meeting villagers, he took his cellphone and clicked a selfie. The selfie showed a couple of villagers and the ravaging fire in the background. Immediately after he posted the selfie on Facebook, his followers started trolling him. One of the followers commented that instead of wasting time on clicking and posting selfie, he should have contributed in the rescue work. “It would have been better if you had poured two buckets of water to douse the fire,” the follower commented. Singh defended himself when media persons started calling him up. He refused to admit that the picture he had posted should be called a selfie. The MLA said that he was trying to inform people of his constituency about the incident, so that more people could come forward and help. He later removed the picture.
Follow @ThePinkcityPost