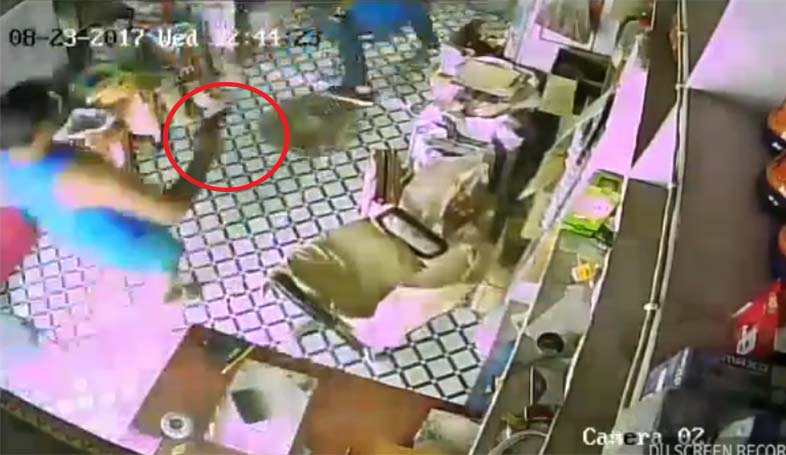 Former sarpanch Sardar Rao was murdered in firing while he was sitting in a grocery shop in Sikar district's Palsana town on Wednesday.

Jaipur: The police are trying to identity three men involved in the murder of 40-year-old former sarpanch Sardar Rao on the basis of footages of two CCTVs. The victim was sitting in a grocery shop near Government Tambi Senior Secondary School in Sikar district’s Palsana town when three shooters entered the shop and opened fire. Rao sustained three bullet injuries and died on the spot. The shooters carried out the broad daylight murder within seconds and managed to flee from the spot in a car. Two CCTVs installed in the shop recodred the entire incident. Watch the video below:

Police suspect that the murder was fall-out of a political rivalry. The supporters of the victim alleged that the police station was located a few meters from the spot, but it took a police team almost 40 minutes to react and reach there. By that time, the shooters had disappeared. Locals set on a dharna demanding immediate arrest of the murderers.

An FIR has been registered against Subhash Baral and 4-5 others for murdering Rao over political rivalry.

The incident took place 12.42 pm on Wednesday. An eye-witness – Dhood Singh – said that Rao was in the grocery shop of his friend Nekiram. The shop owner left the shop saying that he needed to get grocery items from another shop.

“I was passing by. Rao called me when he saw me. He was talking to someone on the phone. As I entered the shop and shook his hand, a Swift Dzire car stopped in front of the shop, three people got off and entered the shop. They were carrying guns and opened fire,” the eye-witness said. 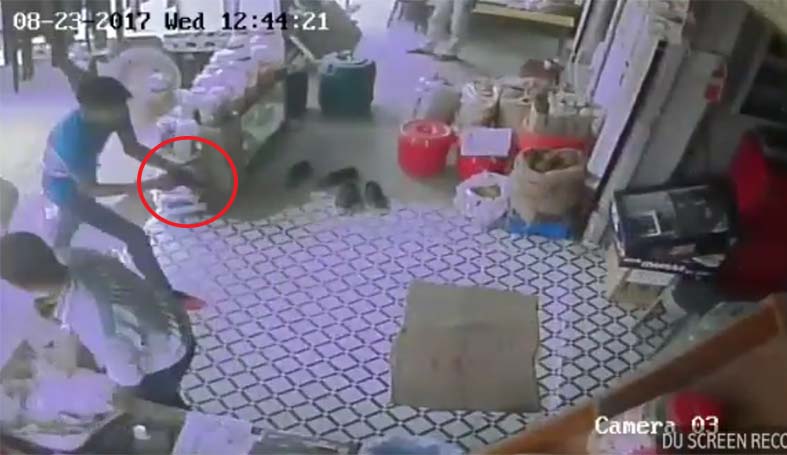 Shooters carrying a gun entering the shop to kill the ex-sarpanch Sardar Rav in firing.

The re-election for the post of sarpanch was take place in the nearby village Jurathada on September 22 and Rao was a strong contender. He was murdered so that he could not fight in the election.

Rao’s family members alleged that one Subhash Baral had attempted to kill him in the past too. When Anandpal Singh was murdered in a police encounter and his aide Subhash was arrested, Rao thought he was safe. He had dropped his guard recently and paid for it with his life.