[VIDEO] Muralipura woman fights off stalker; forces him to run away

In a case of exemplary courage, a woman fought with a stalker when the man tried to overpower her. Unable to scare Pooja off, the man had to flee the spot, leaving his bike behind. 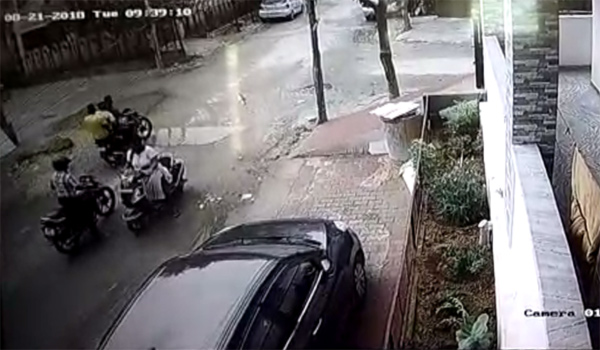 Jaipur: A married woman on Tuesday showed exemplary courage against a broad daylight attempt of abuse and harassment by a youth in Muralipura area. Watch the video below:

The man on a motorcycle harassed and abused the woman while she was leaving her house in Muralipura at 9:45 am on Tuesday. She was on her scooter. She showed courage and bit the accused on his hand in self-defense. She fought with him even when the man tried to overpower her. Unable to scare the woman off, the man had to flee the spot, leaving his bike behind.

The woman reported the case to Muralipura police station. Police seized his bike and traced him. He was later arrested. The incident was caught on CCTV. Footages show the woman taking on the man. 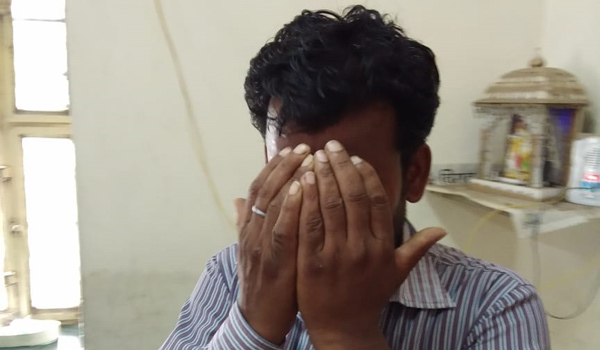 Accused man hiding his face after police arrested him.

The woman has written in the application to the police that ‘I was leaving my house on my scooter in the morning when a man on a motorcycle came and stopped his bike adjacent to me. He did sexual and inappropriate gestures in front of me and started abusing me badly. I somehow managed to deal with the situation as there was no one around at the spot. I bit him on the hand but he managed to run away leaving his motorcycle behind’.

‘The video of the incident was recorded in the CCTV camera installed in the locality. The incident took place near Paramhans colony of Murlipura in Jaipur at 9:45 am on August 21. I request authorities to act against the man.’ added victim.