Ayush Agarwal was a resident of Kisan Marg in Barkat Nagar. 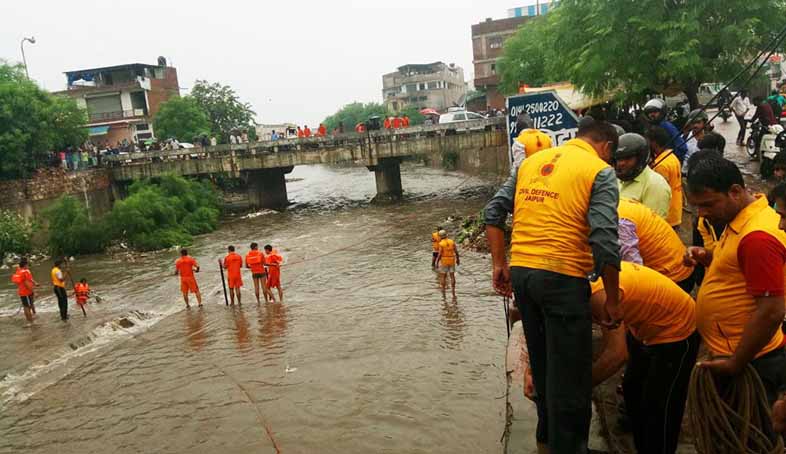 The spot where the car was swept away in Kartarpura. Watch the video below:

Jaipur: A 22-year-old CA student, identified as Ayush Agarwal, swept away with his car in Amanishah Nallah near Kartarpura Industrial Area on Friday. The victim was a resident of Kishan Marg in Barkat Nagar.

Some people watched in horror Ayush getting swept away in a drain in Kartarpura Industrial Area on Friday.

The man was trying to drive through the drain. One Ashok Sharma who witnessed the incident said that he even tried to stop Ayush from driving the car into the drain, but he didn’t listen.

“Water flow in the drain was high,” said Ashok.

As the car swept with the flow, he tried to come out of the vehicle, but it capsized. The rescue teams have recovered the car. At least 10 rescue teams of divers are looking for the victim in the drain.

Senior district administration and police officers reached the spot to supervise the rescue operation. There were reports that a bike also got swept away at the same place, but the police didn’t confirm this.

In another incident near Jal Mahal, two children were swept away in a drain. A bus driver who was waiting for the water to subside saw the two children drowning. He saved one of them, but the other got swept away.

Police are trying to identify the children.

Rescue teams have launched a search for the missing child. He is said to be 10 years old.