Rajasthan Roadways bus collides with dumper. The number of deaths is yet to be confirmed, but six bodies have been put in the mortuary of JLN Hospital for a post-mortem examination. 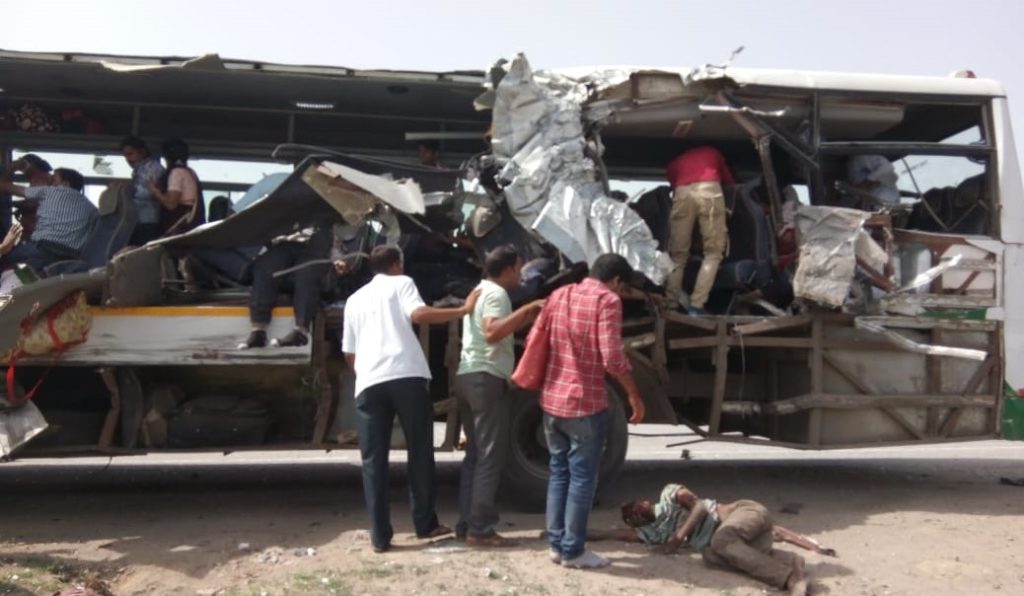 Jaipur: At least seven people were killed while 20 others were injured when the Rajasthan Roadways bus they were travelling in collided with a dumper on national highway (NH)  – 8 near Mangaliyawas in Ajmer district on Sunday. The injured were admitted to JLN Hospital in Ajmer. The bus was on its way to Jaipur from Pali when the mishap occurred near Beawar on the national highway. There were about 50 passengers in the bus. Watch the video below:

The number of deaths is yet to be confirmed, but six bodies have been put in the mortuary of JLN Hospital for a post-mortem examination.

According to the police, the collision was so intense that the bus was completely damaged. Of the victims, at least five are children. 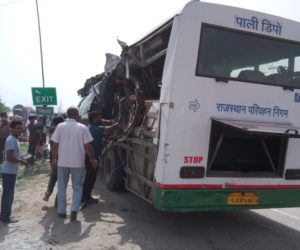 Bus accident near Beawar in Ajmer.

Though the police are investigating the cause of accident, it is suspected that the truck dumper was on the wrong side. The bus was overtaking another vehicle when it rammed into the truck. After getting information about the road accident, police teams from Beawar and Ajmer rushed to the spot and a rescue operation was launched.

Several victims got stuck in the bus. With the help of local residents and commuters, they were pulled out and rushed to JLN Hospital.

The condition of some of the injured is stated to be critical.

Senior police and administration officers including district collector Arati Dogra and SP Rajendra Singh rushed to the spot and supervised the rescue operation.

The administration has so far announced a compensation of Rs 50,000 to the kin of the deceased victims and Rs 10,000 to those who were injured in the road accident.

Senior politicians from the area including education minister Vasudev Devnani visited the victims at the hospital. Devnani instructed the hospital administration to provide immediate medical attention to the victims and arrange for a team of doctors. The administration has set up a help line number – 0145 – 2628932 for information related to the mishap. 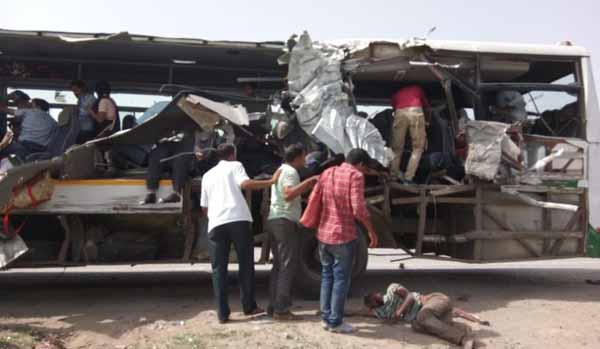