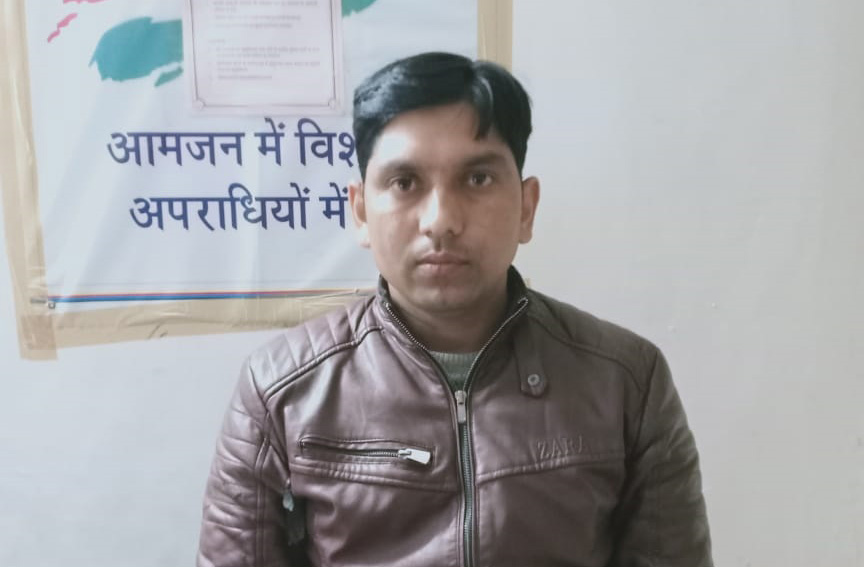 Jaipur: The police on Friday arrested a man, identified as Dinesh Yadav, in connection with the case of suicide and murder in Vaishali Nagar. Dinesh used to harass one Girraj Meena and was demanding exorbitant interest on the money borrowed by Meena. Girraj Meena had murdered his wife and two children – aged 4 and 2 years – and then hanged himself in Bunkar Colony of Vaishali Nagar in Jaipur on Thursday.

The police recovered a suicide note in which the man stated that he was under huge debts and was taking the extreme step as he was unable to cope with his precarious financial situation. In the suicide note, Girraj stated that he had borrowed Rs 70,000 from one Dinesh Yadav. He had returned Rs 30,000, but Dinesh was still demanding Rs 1.65 lakh.

Girraj Rana (28) lived in a rented accommodation in Bunkar Colony along with his wife Shimla (25) and two children – daughter Anushka (4) and son Kanu (2). Girraj was a vegetable vendor.

“Dinesh Yadav – originally hailing from Chomu area – works as a medical representative and lives in a rented accommodation in Chand Bihari Nagar. He lent money to his relatives and friends and charged exorbitant interest from them,” said a police officer.

Dinesh has reportedly told the police that he had lent money to Girraj several times in the past 4-5 years and always charged 3% monthly interest rate. However in the suicide note, Girraj alleged that he was forced to pay a 10% per month interest rate

The landlady found the gate to the portion of the house in which the family lived locked. She realized that it was bolted from inside. She knocked on the door, but received no response. She then informed her husband who peeked into a room and found Girraj hanging. He immediately informed the neighbours. The gate was broken open.

According to preliminary reports, Girraj slashed the throats of his wife and two children with a shape-edged weapon before committing suicide.