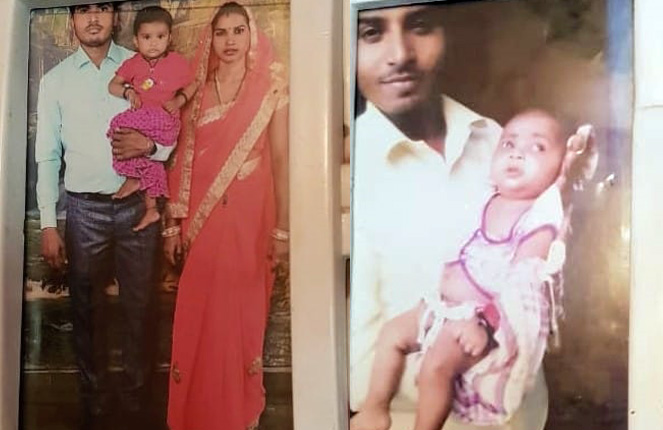 Jaipur: A man murdered his wife and two children – aged 4 and 2 years – and then hanged himself in Bunkar Colony of Vaishali Nagar in Jaipur on Thursday. The police reportedly recovered a suicide note in which the man stated that he was under huge debts and was taking the extreme step as he was unable to cop with his precarious financial situation. The police have launched an investigation.

The man, identified as Girraj Rana (28) lived in a rented accommodation in Bunkar Colony along with his wife Shimla (25) and two children – daughter Anushka (4) and son Kanu (2). Girraj was a vegetable vendor.

The landlady found the gate to the portion of the house in which the family lived locked. She realized that it was bolted from inside. She knocked on the door, but received no response. She then informed her husband who peeked into a room and found Girraj hanging. He immediately informed the neighbours. The gate was broken open.

According to preliminary reports, Girraj slashed the throats of his wife and two children with a shape-edged weapon before committing suicide. Senior police officers rushed to the spot.

The police officials said that an investigation has been launched to ascertain if Girraj was being harassed by loan sharks.