Udaipur: Elderly man tied up, robbed of cash and valuables worth Rs 2 crore 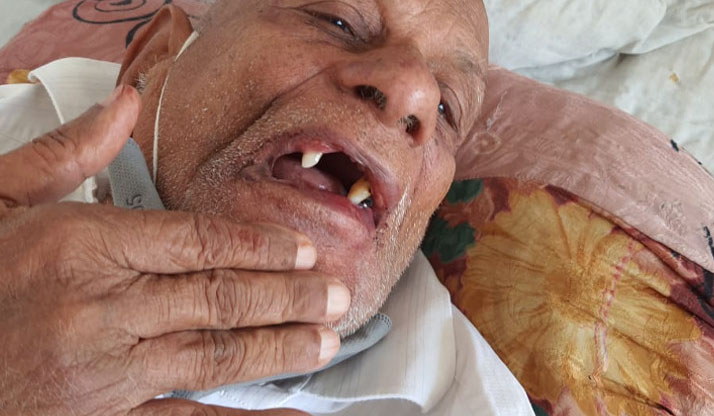 Victim Sohan Kothari who was robbed of Rs 2 crore in Udaipur district.

Jaipur: Some robbers sneaked into the house of an elderly man, tied him up and then robbed cash and valuables including 1.4 kg gold and 125 kg silver in Kanoda area of Udaipur district on Monday night. The cash and robbed valuables are estimated to be worth about Rs 2 crore. They beat up the victim and assuming that he was dead, they left with the booty. The police are yet clueless about the identity of the robbers.

The victim, identified as Sohan Kothari, lives near the community health centre in Kanoda. The elderly man lives alone in the house. His wife died about five months ago.

On Monday night, at least four robbers sneaked in using an entrance in the rear part of the house and overpowered Kothari before he woke up. Over the next two hours, they searched each and every room in the house. Since the victim was gagged, he started bleeding from the mouth.

According to preliminary reports, the robbers took away Rs 16 lakh cash, 1.4 kg gold, 125 kg silver and many other valuables.

The victim has told the police that he lost consciousness after he started bleeding. The robbers probably thought that he was dead. Kothari started shouting for help after he gained consciousness following which his neighbours rushed to his rescue. The police were informed.

The man’s three daughters live in different cities and his son is retired from service. The victim lives alone in the house after the death of his wife five months ago.

The police have launched an investigation and said that they were trying to identify the robbers who are likely to be members of professional gang.