Two women from Rajasthan among victims killed in Mumbai fire

Khushbu and Kinjal have ties to Sanchore area in Rajasthan. Khushbu was celebrating her birthday along with her nine friends at a restaurant when fire broke out. 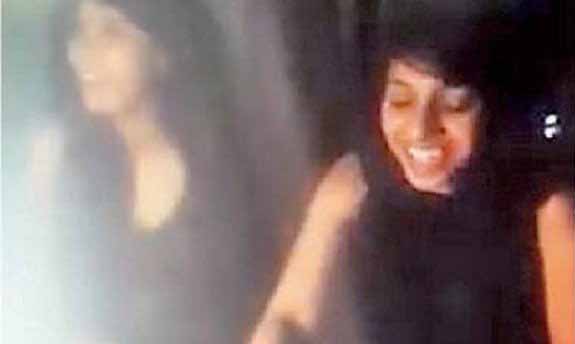 Khushbu Bhansali from Sanchore celebrating her birthday before she was suffocated to death in Mumbai fire.

Jaipur: Two women from Rajasthan were among the 14 victims who were charred to death in the fire at Kamala Mills Compound in Mumbai on Friday.

The two women were identified as Khushbu Bhansali (28) and Kinjal Mehta (21). Both belonged to Sanchore area in Rajasthan. While Khushbu was the granddaughter of local Congress leader Babulal Mehta, Kinjal was the daughter-in-law of a local trader association leader Bhopalchand Mehta’s elder brother.

Khushbu and Kinjal were residents of Chaupaniawas and Shantinagar in Sanchore.

Both were close friends and relocated to Mumbai after marriage a few years ago.

Khushbu was celebrating her birthday with her close friends at the restaurant where the fire broke out.

When the fire spread, Khushbu, Kinjal and others took shelter in the washroom of the restaurant, but they were suffocated to death.

A pall of gloom descended in Sachore area when people heard of the loss. Both used to visit their villages in Sachore to attend family functions.

Close relatives rushed to Sachore after they got the information about the women’s tragic death in the fire.

The final rituals will be performed in Mumbai, relatives said.