There were reports that Bajia had a scuffle with Vasudev Devnani in front of many eye-witnesses; however, the state BJP leaders refused to confirm it. 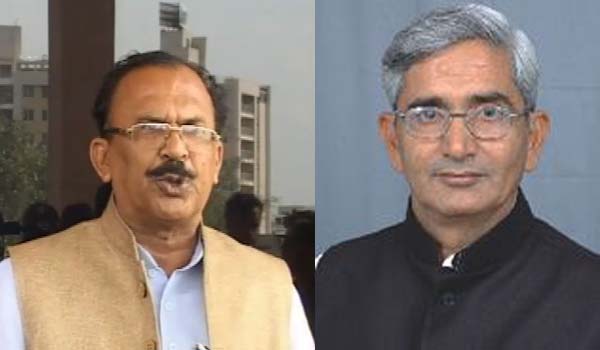 Jaipur: Minister of state for medical and health Banshidhar Bajia and education minister Vasudev Devnani locked horns over transfer of teachers at the latter’s residence in Jaipur on Friday. The fighting went to the extent that senior BJP leaders had to get involved and placate both of them. There were reports that Bajia had a scuffle with Vasudev Devnani in front of many eye-witnesses; however, the state BJP leaders refused to confirm it.

On Friday morning, Banshidhar Bajia turned up at Vasudev Devnani’s government residence on Hospital Road. He allegedly started shouting at Devnani and expressed his displeasure over the fact that teachers were transferred without his consent. When Devnani argued that the transfer of teachers was done on the recommendation of MP and district BJP president, Bajia got further agitated.

Both started arguing. According to some reports, the arguments escalated to such an extent that Bajia and Devnani got into a scuffle. Devnani argued that other leaders can’t be completely sidelined.

After Bajia left the residence, some media persons got wind of the scuffle. Senior BJP leaders intervened for damage control.

BJP general secretary (organization) first met Bajia and then Devnani to placate them. Bajia refused occurrence of any fight with Devnani and said that he had simply gone to meet the education minister.