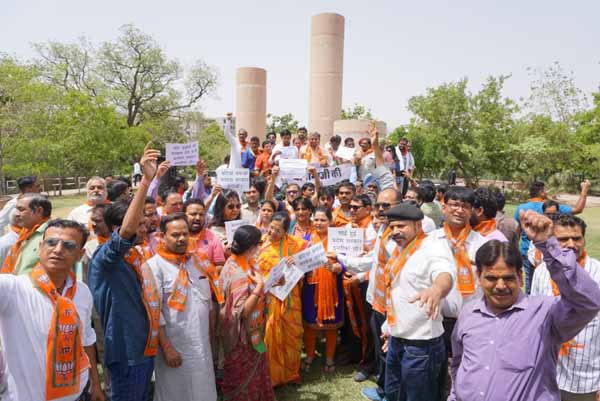 Jaipur: The police have arrested two more suspects, identified as Hansraj and Mahesh, in connection with the gang rape with a young married woman in front of her husband. Hansraj was nabbed from Mathura in Uttar Pradesh late on Wednesday.

The police had already nabbed three accused, while one – Chhote Lal – is still absconding. The man who uploaded the video to social media channels – Ashok – has also been nabbed.

Indraj who was arrested on Tuesday is a truck driver who had come to visit his in-laws in Thanagazi on April 26.

Indraj was hanging out with his friends Chhote Lal, Ashok, Mahesh and Hansraj on Alwar-Thanagazi bypass road when they spotted the victim and her husband on a bike. They intercepted the bike and took the couple to a nearby isolated place. They tied up the husband after beating him up and raped the woman.

They made a video of the incident and shared it on social media channels including WhatsApp.

The victim approached the police after the video was circulated on social media, but the cops in Thanagazi, didn’t take any action in the matter. The Rajasthan government put SP Alwar Rajeev Pachar on awaiting posting orders (APO) and suspended Thanagazi SHO Sardar Singh for the alleged negligence.