TBM to be pulled out of the tunnel. 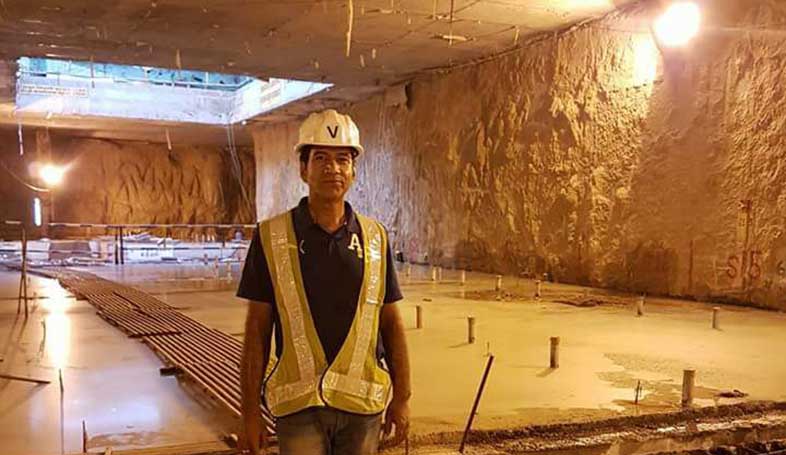 Jaipur: It’s been nearly 12 months since the work on excavating a tunnel for Jaipur Metro between Chandpole and Badi Chaupar began. The tunnel has been finally completed. The work on laying tracks will now begin.

The tunnel boring machine (TBM) will be extracted from the construction site. TBM had started excavating tunnel in September. It is so heavy that it will be separated into three different pieces and pulled out of the tunnel. The TBM weights around 100 tons.

The extraction work began from Chandpol in September last year. The machine dug up the tunnel for a stretch of nearly two kilometers over the past one year.

People will descend nearly 50 meters underground in order to catch a Metro from Badi Chaupar.

There will be three levels of the Metro station at Badi Chaupar.

The construction of Metro station at Badi Chaupar is underway.

The 2.4-km second stage of Jaipur Metro is expected to be completed by March 2018, in which advanced technology has been employed with an eye on preserving the city’s rich heritage.

Excavation at the two chaupars (city squares) — Badi Chaupar and Choti Chaupar — which fall on the proposed phase 1B route is being done in scientifically and archaeologically appropriate manner.

During the excavation at Choti Chaupar station, a nearly 300-year-old water reservoir (‘baoli’) with ancient tunnels on all four sides was restored.