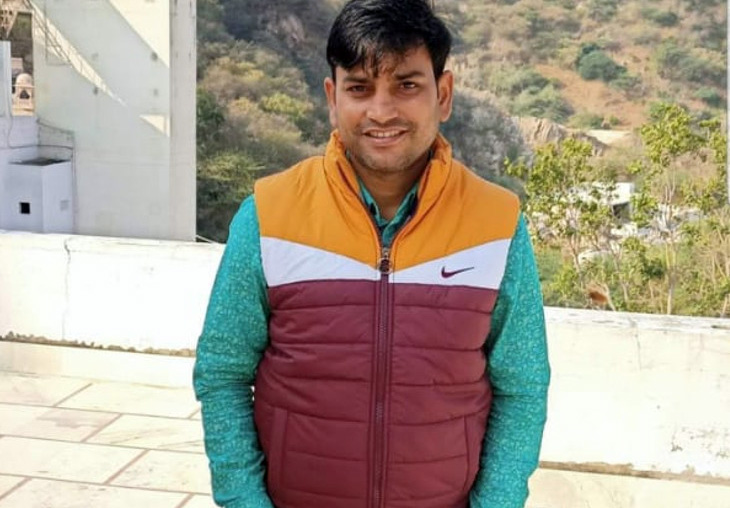 One of the victims - Pushpendra Jat.

Jaipur: Three friends were killed, while two others were critically injured when the car they were travelling in collided with a truck near Riddhi Siddhi Chauraha on Gopalpura Bypass in the city about 1 am on Tuesday.

According to preliminary reports, the car was overspeeding. It rammed into the truck’s rear end. The car’s front portion was completely damaged. The victims got stuck in the vehicle.

Those who died in the accident were identified as Rakesh (32), Mukesh (30) and Pushpendra Jat (30). The trio died on the spot. Two others – Daljeet (23) and Vivek (24) were injured. Rakesh was a resident of Losal in Sikar, while Mukesh belonged to Posana in Jhunjhunu district. Pushpendra hailed from Pathena area in Bharatpur.

The mishap occurred near Riddhi Siddhi junction around 1 am. Pushpendra runs a hostel and paying guest facility in Gopalpura Bypass area. Rakesh and Mukesh are garment traders in Mansarovar. According to preliminary reports, the five men were on their way to Gujjar Ki Thadi from Gopalpura Chouraha. After crossing Tirveni flyover, their car rammed into a truck.

The night curfew in the wake of COVID-19 was in place, so the roads were deserted. A police patrolling team arrived at the accident spot after a passer-by informed the control room and rushed the victims to a nearby hospital. Three were declared brought dead.

The police are investigating what caused the accident, but didn’t rule out the possibility that the car was overspeeding. The bodies have been put in the mortuary of a government hospital.