More than 450 vehicles were penalized for traffic rule violations. 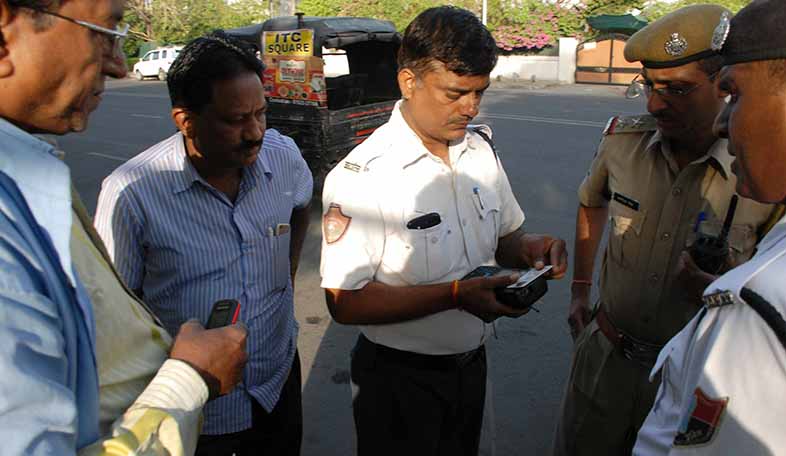 The traffic department on Monday launched a campaign against traffic rule violators during school hours in the city.

Jaipur: Shaken by the death of 4-year-old Shanvi Singh in a tragic mishap outside St. Anselm’s Pink City School, the traffic department on Monday launched a campaign against traffic rule violators during school hours in the city.

More than 450 auto-rickshaws, two-wheelers and school buses were penalized for overloading, underage driving, overspeeding and other rule violations.

The one-hour drive started at 7 am.

“We have challaned hundreds of vehicles on the first day of our campaign. The drive will continue in the coming days,” DCP, traffic Haider Ali Zaidi said. 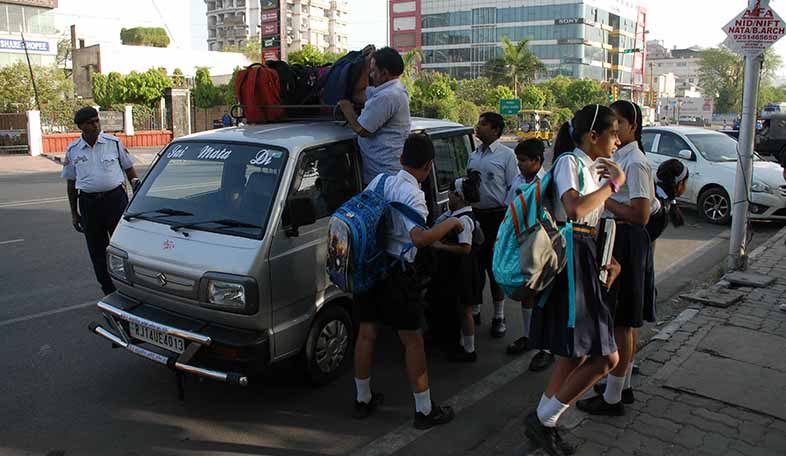 Many school children were caught off guard when traffic policemen stopped them and asked to show driving licenses. On top of that, most children were not wearing helmets.

It was found that many underage school children (below 18 years) were driving two-wheelers and even four-wheelers.

“A 16-year-old teenager can have a driving license for driving non-gear two-wheelers, but most were riding bikes. They pleaded before traffic policemen that they were on their way to appear in exams, so they should be let off,” said a traffic department officer.

The officer said that the outcomes of the drive reflected poorly on parents who allowed their children to drive vehicles without licenses.

Many auto-rickshaws and minibuses were found overloaded. 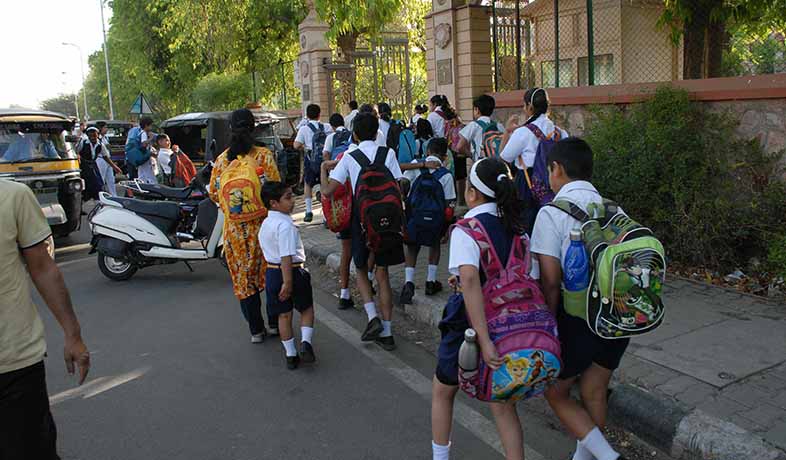 The drive came two days after the city police commissioner Sanjay Agarwal called a meeting of private schools to discuss what measures they could take to ensure safe transport of school children.

Installation of CCTVs facing the road, traffic signs about the availability of parking, separate entry and exit gates, regular staff guards, formation of road safety clubs, check on underage driving, adequate parking space and traffic awareness programs were some of the measures suggested by the city police in the meeting.

Representatives of nearly 70 schools took part in the meeting.

Police commissioner said that another meeting would be called next week to form a committee. It will frame traffic rules for schools.

Schools would be asked about their expectations from the police. Police teams would be sent at the time of start and closing of the school.