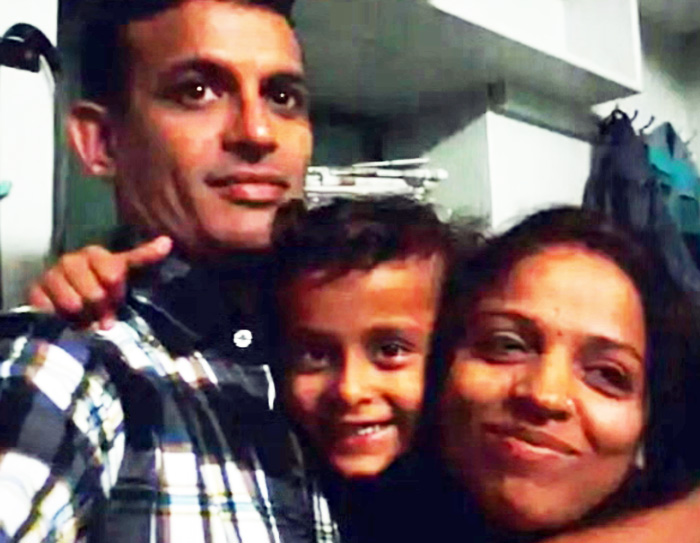 Trader with his famiily (file photo)

Jaipur: A 45-year-old businessman is suspected of strangling to death his wife and two children and then committing suicide by hanging himself at their flat in Ratanada area of Jodhpur. The police have launched an investigation. They suspect that the trader poisoned the family members and then strangled them. He left a suicide note; however, didn't state any reason for taking the extreme step.

The deceased were identified as Deendayal Arora (45), his wife Saroj (42), and two daughters - Hiral (13) and Tanvi (7). Deendayal had a garment shop near Ghata Ghar Vegetable Market. The neighbours checked on the family when none of them came out of their flat in Surya Twin Tower around 11.30 am and found them dead. The neighbours then informed the police.

The police are yet to complete the investigation and said that the cause of death is yet to be determined. However, prima-facie they said that Saroj and two children were made to consume poison. The police found bowls of kheer in the flat and sent them for a forensic examination. It is believed that Deendayal then strangled his wife and two children to ensure that they had died. He then used an LPG cylinder to hang himself in one of the rooms.

The suicide note has only a couple of lines scribbled in a hurry. The neighbours have reportedly told the police that Deendayal was facing financial hardships.