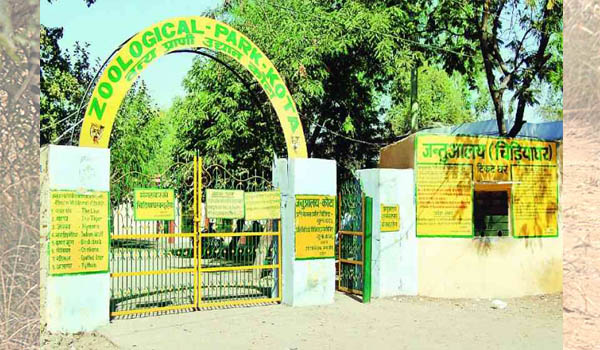 Jaipur: Renovation work at Kota Zoological Pak has led to a steep increase in tourist football.

Earlier in 2017, the main entry to the zoological park from a narrow lane near Chatra Vilas gardens of the city.

The main entry gate and the ticket window were shifted to the front resulting in a steep increase in the number of visitors.

Several attractive drawings were painted on the outer walls by the local artists.

Several big signboards of the Kota Zoological Park were put up in nearby.

Other renovations including building green pathways, ponds for crocodiles, information plaque cards related to animal and bird’s species also contributed to the popularity of the park.

According to a senior forest official, zoological park of Kota is 115 years old and is the only zoo in Hadoti region. Several measures were taken for the convenience of tourists who comes to the zoo. Its main entry gate was in the rear due to which it was not visible to the tourists. The main entry gate has now been shifted to the front so that the visitors are able to spot it. More measures are being taken to improvise the situation.