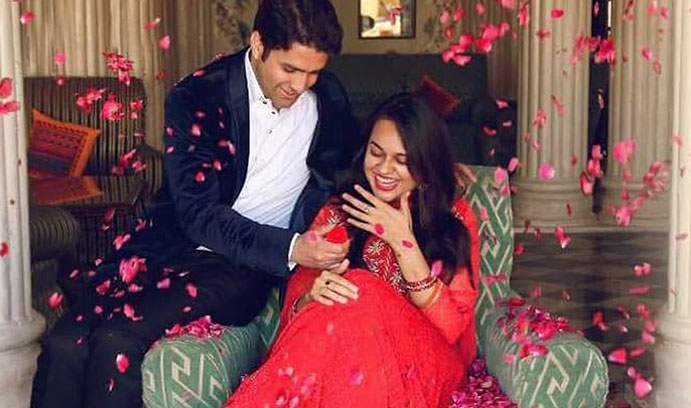 The IAS couple who filed for divorce in a family court recently.

Jaipur: As the marriage of two IAS officers – Athar Khan and UPSC topper Tina Dabi – is likely to come to an end with the couple filing for divorce, Athar Khan now wants to move back to his home state Jammu and Kashmir. His application for deputation in Jammu and Kashmir is pending with the union home ministry, according to preliminary reports.

2016-batch IAS officer Athar Khan needs a minimum of 5 years’ experience for deputation in Jammu and Kashmir. He will meet this obligation by the end of December.

The courtship of Tina Dabi who was the UPSC topper and Athar Khan Kashmir had hogged headlines. They got married two years ago. According to reports, their relationship was strained for the past few months. They had even applied for separate residential plots in a Rajasthan Housing Board scheme. Many bureaucrats were already aware of this.

The couple finally filed for divorce in a family court two days ago. Tina Dabi had been transferred to the finance department in the state secretariate two days ago, but state election commission stayed the transfer.

Khan, who is a year older than Dabi, is from South Kashmir. Dabi hails from Bhopal and both her parents are in the Indian Engineering Services.

She studied Political Science at Lady Shri Ram College. Khan is a BTech from the Indian Institute of Technology (IIT) in Mandi, Himachal Pradesh.