Thousands of Currency Notes Found in Roadside Dustbin in Jhunjhunu 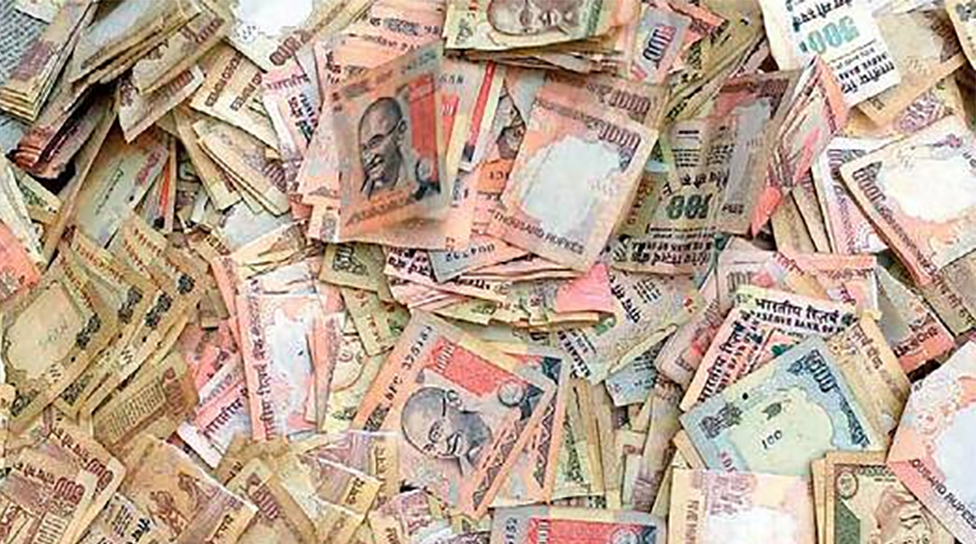 Jaipur: Thousands of currency notes in the denomination of Rs 500 and Rs 1,000  were found in a roadside dustbin in Rajasthan’s Jhunjhunu district. Each of the notes was torn into several pieces. The police are investigating who dumped them.

Some passers-by spotted heaps of currency notes in a garbage disposal facility at Mishrawali Gali in Jhunjhunu’s Navalgarh town on Wednesday. As the news spread out, local residents rushed there to take a look. Each note had been torn into at least three pieces, but it didn’t deter people from taking advantage of the opportunity. People had taken away some of these notes by the time police reached there.

Police suspect that the notes were carried to the spot in sacks.

“We are investigating who dumped these notes. It’s obviously black money. It is quite surprising that the person bothered to tear apart each note before getting rid of them,” said a police officer.

It was already being speculated such incidents would be reported after the government scrapped Rs 500 and Rs 1,000 currency notes. Though the government has promised that no action would be taken for depositing unaccounted cash in the bank for now, it seems people are still shying away from disclosing their ill-gotten wealth.