This Jaipur girl with a rare disease scores AIR 5 in JEE Advanced, inspires many

The story of this 18-year-old girl from Jaipur will inspire you to overcome any adversity with determination. 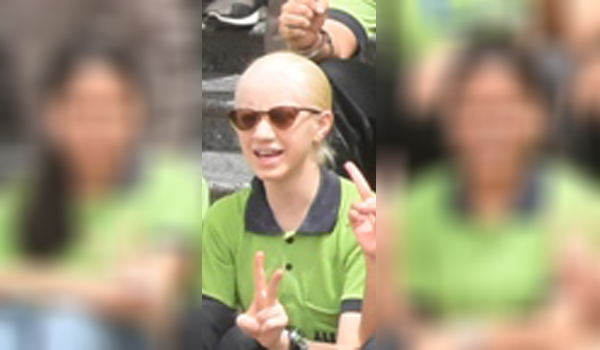 Jaipur: If you have ever been depressed due to the pressure of studies or anything else, you should know about Shreya Kacholia.

The story of this 18-year-old girl from Jaipur will inspire you to overcome any adversity with determination. Shreya scored All India Rank (AIR) 3110 in JEE Advanced, results of which were announced on Sunday. While Shreya is not in the top 10 or 100 in the general category, she definitely deserves all the applause because despite suffering from a rare and incurable disease, she not only managed to crack the prestigious exam against all odds, but also was ranked at number 5 in the Person with Disability (PwD) category.

Shreya can’t see property due to a rare disease. Her eyesight is 60 percent weaker than that of a normal person. Her immune system is weak, so if she starts sneezing it won’t stop for a long time. She develops skin allergy frequently and can’t leave home to avoid sunlight.

“Right before I was to appear in class 12 exam, I suffered from a chronic food disease. Despite that I refused to get admitted to a hospital because I was determined to appear in the exam,” Shreya told media persons after the results were announced on Saturday.

Shreya was in class 10 when she read the story of Helen Keller.

“The story inspired me a lot. Helen Keller was deft and blind, but she achieved great things. I thought why I can’t enjoy success in the same way. I can at least hear and speak properly,” Shreya said.

Shreya thanked her parents and teachers for their unconditional support.

“They never let me feel that I was different from others. I am very happy and want to pursue a degree in computer science from IIT-Delhi. I want to invent a device that can adjust the brightness in the retina so that people with similar disability can be cured,” said Shreya.

She said that she was a living example of how one can achieve success with determination and hard work.

“Always try to seek solution instead of being depressed over problems,” said Shreya.