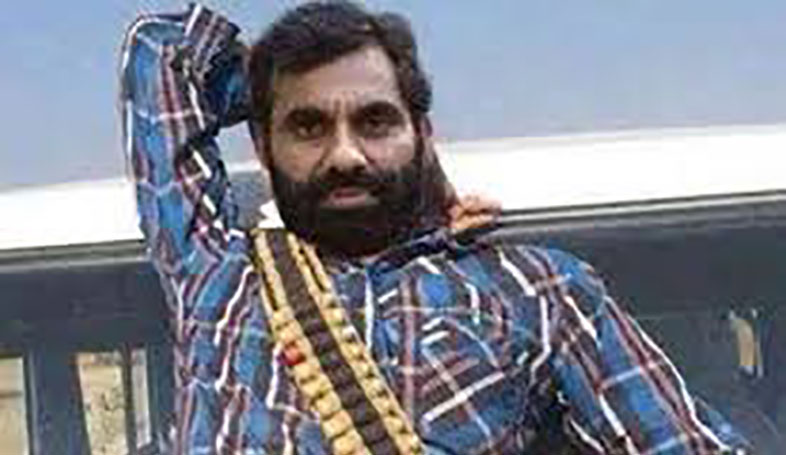 Jaipur: There were reports of simmering tension in Sanwrad village in Nagaur district as local residents, angered over the encounter of notorious criminals Anand Pal Singh, hurled stones on police.

Heavy police force has been deployed in the village to maintain law and order. SHO Jaswantgarh Indrajeet was surrounded by a mob. He sustained injuries on his head. The police officer was rushed to SMS Hospital for treatment. The police had to use tear gas to disperse the crowd of villagers, mostly youngsters who also damaged a police jeep and blocked a road by burning tyres. Nearly 50 youths were arrested for disrupting peace and rioting.

Crowds of villagers and family members of Anandpal gathered at different places in the village. The family members have already alleged that Anandpal was killed in a fake encounter and demanded a CBI probe.

Anandpal’s lawyers had been alleging for a long time that the criminal wanted to surrender, but couldn’t because he feared for his life. They alleged that he had the risk of an encounter hanging over his head and this was why he was not willing to surrender.

The family members also demanded that his two brothers were arrested from Haryana a few hours before the alleged encounter be allowed to attend the last rites of Anandpal.

A medical board of three doctors is carrying out a postmortem examination of Anandpal’s body. The body of Anandpal was yet to reach the village. The family members refused to take the body after the postmortem examination. Anandpal’s wife was in Jaipur when the encounter took place. She reached Sanwrad village and refused to accept the body. Some youths shouted slogans at the mortuary.

On the other hand, people congratulated each-other in some areas of Didwana and Ladanu in Nagaur district. They said that Anand Pal has been finally brought to the book for the broad daylight murder of Jeevan Ram Godara in 20016.

Anandpal was killed in an encounter at Malasar village of Churu district late on Saturday.

Nearly 50 policemen from SOG and QRT (quick response team) engaged in an exchange of fire with the criminal who allegedly used AK-47 guns.

Rajasthan home minister Gulab Chand Kataria said that the policemen asked Anandpal to surrender but when he opened fire on them, they had to retaliate.