A minor spat between a policeman and a youth turns into a major law and order situation. 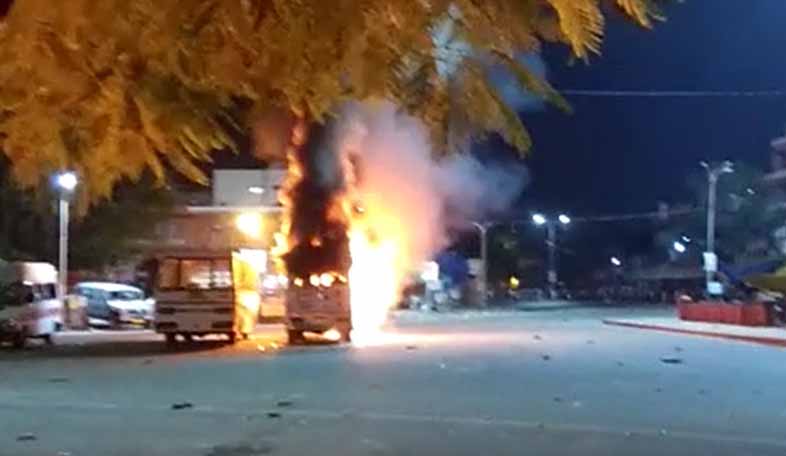 Jaipur: A minor incident of a cop beating a youth once with a stick snowballed into a serious law and order situation in Ramganj area in Jaipur.

A man who according to preliminary report was identified as Mohammed Rais alias Adil was killed reportedly in firing and at least 10 policemen were injured, one of them critically, when a mob went on a rampage and hurled stones on Ramganj police station in Jaipur. At least five vehicles were set on fire by the mob. They include an ambulance and a police control room vehicle. The angry mob also torched a power house and damaged more than 21 vehicles. Watch this video to know the impact of curfew in Ramganj:

When the situation could not be controlled, the police first resorted to lathicharge and then fired tear gas. There were reports of police firing in the air to scare and disperse the crowd, but police commissioner Sanjay Agarawal denied this.

Here is what happened: 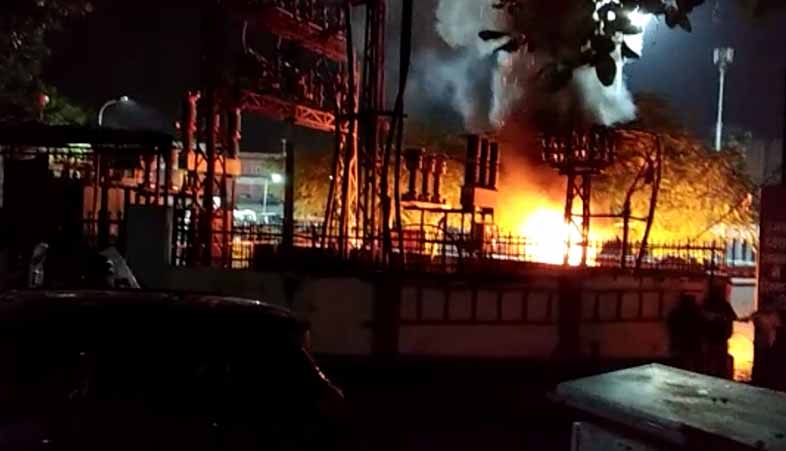 One man was killed in Ramganj firing. 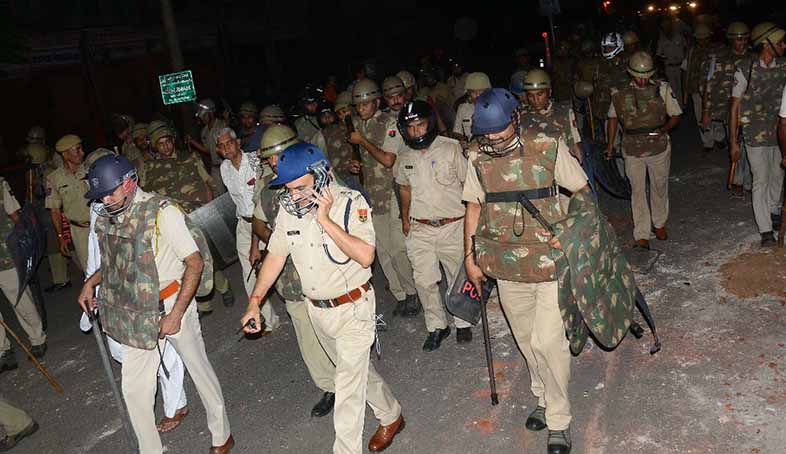 By 1 am, the situation became serious to such an extent that the police had to impose curfew in Ramganj, Manak Chwok, Subhash Chowk and Galta Gate police station areas to restore law and order. Internet services were also banned in some areas to contain the spread of rumours.

Police commissioner Sanjay Agarwal appealed for peace and harmony and said that the guilty policemen would not be spared. Some media persons were also manhandled.

According to preliminary reports, when policemen from Ramganj police station were managing traffic and checking vehicles, a minor spat broke out between a policeman and a youth. The youth identified as Sajild told some media persons that he was going home with his wife and one year old daughter on a bike when the policeman hit him. When he told about it to the residents of his colony, they got angry and reached the police station to demand action against the policeman.

At least 10 policemen were injured in the stone pelting. One of them was critically injured and admitted to the ICU of SMS Hospital. One of the men, injured reportedly in firing, died.