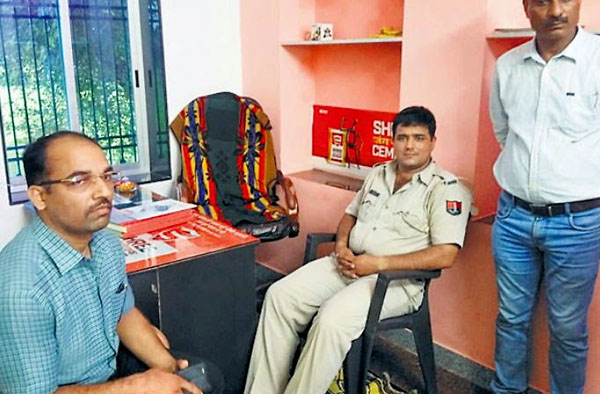 Jaipur: Two days after Maliram Choudhary – a head constable of Gogunda police station – was arrested for taking a bribe of Rs 11,000, the Rajasthan anti-corruption bureau (ACB) revealed that it seized registery documents suggesting ownership of several residential plots in over 30 cities and towns in Udaipur and Rajsamand district of the state. ACB suspects that these residential plots belonged to other people, but the head constable prepared registry documents and was involved in land grabbing. ACB is all set to register a disproportionate assets case against Maliram.

A senior ACB officer said that Maliram prepared registries of residential plots illegally in the jurisdiction of all the police stations where he was posted.

“Several complaints in this regard reached the senior police officers also. We are examining the registry documents recovered from the house of Maliram Choudhary. Further investigation is going on,” said ACB ASP Sudhir Joshi.

Maliram – a head constable with Gogunda police station – was arrested after he was caught taking a bribe of Rs 11,000 in a case of dispute.

Maliram joined the police department as a constable in 2001. He was promoted to head constable in 2016. He bought residential plots in Majera, Bhwana, Nathdwara, Gogunda, Mawali, Semari, Jhodol and several other places. Some documents indicating ownership of agriculture land have also bee recovered.