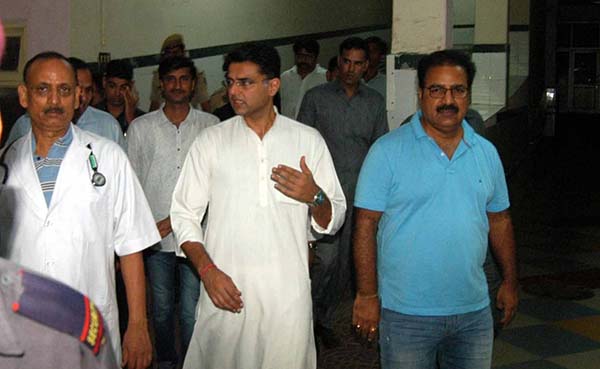 Jaipur: Three days after a 7-year-old girl was abducted and raped in Shashtri Nagar area of the city, the police have arrested a man for the crime. Another man who sheltered the rapist has also been taken into custody. The police will soon hold a press conference to reveal the identity of the accused man and share more details about the arrest.

Meanwhile, the situation remains tensed in some areas of Shashtri Nagar and the Walled City. The city administration has decided to extend the ban on mobile internet services in the jurisdictional areas of 13 police stations for 24 hours till 10 am on Friday.

According to preliminary reports, the man was identified based on the footages of CCTVs installed in the area. The man is learnt to have been captured on camera taking the girl to Amanishah where he raped her.

There were reports of people hurling stones on the policemen deputed in Bhatta Basti area on a law and order duty late on Wednesday night. No policemen was injured and the situation was brought under control immediately, sources said.

People in Shashtri Nagar and some Walled City areas have been protesting since the rape incident demanding arrest of the culprit.

Gulab Chand Katari and some other BJP leaders reached Shashtri Nagar on Wednesday and asked the police to take action against people who were trying to give the incident a communal colour.

There was a curfew-like situation in some Walled City areas and Shashtri Nagar following the tension over the incident. Heavy police force has been deployed in these areas to main law and order.