Surrounded by police, Man suspected of murder shoots himself dead 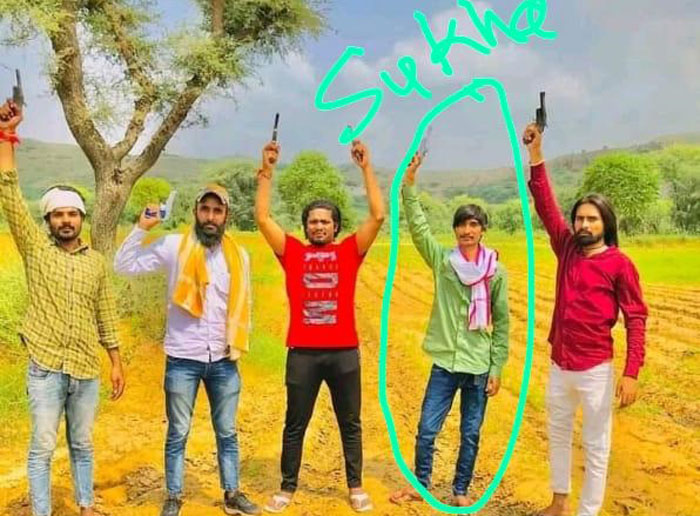 Criminal Sukha who shot himself after being surrounded by police.

Jaipur: A man, suspected to be a sharp-shooter, shot himself to death after he was surrounded by the police in Kotputali area of Jaipur district late on Tuesday. The man, identified as Rupachand alias Sukhha Gurjar, was wanted in connection with the murder of a liquor contractor. When the cops tried to nab him, he started firing at them. He then allegedly shot himself when he was surrounded.

Sukhha, also known as Sukhha Shooter, was a resident of Khetari town in Jhunjhunu district. He had been on the run from the law for the past six months after his name cropped up in the investigation into the murder of a liquor contractor. He and his gang members demanded protection money from the liquor contractor. When he refused to pay, they allegedly murdered him. He carried a cash reward of Rs 5 lakh on his head and had police cases of murder and loot registered against him.

According to the police, they got a tip-off about his location in Bala Ka Nangal around 11 pm on Tuesday. He and his two aides were driving in an SUV. When the police chased them, they drove into a farm and started firing. The police surrounded Sukhha after his two aides escaped taking advantage of the darkness. Police officials said that the criminal shot himself in the head after he was surrounded. His body has been put in the mortuary of a hospital for a postmortem examination.

The police are trying to locate the two men who were with Sukhha.