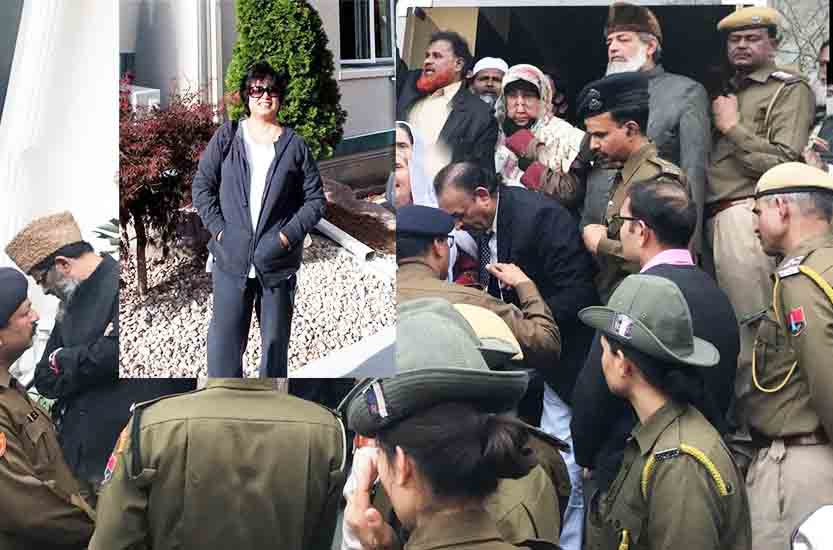 Jaipur: Controversial Bangladeshi author and human rights activist Taslima Nasreen made a surprising appearance on the final day of Jaipur Literature Festival (JLF) on Monday and said that nothing happens when Hinduism, Buddhism or other religions are criticized, but some fanatics in Islam have no tolerance for criticism.

“The moment you criticize Islam, people come running after your life,” Taslima said at a session titled Exile. The writer was in conversation with Salil Tripathi, a former board member of English PEN.  She added, “They issue fatwas against you and they want to kill you. But why do they need to do so? If they disagree with me, they can write against me, share their views like we do. They can have conversations rather than fatwas”. Taslima has been living in exile since 1994 after facing the ire of fundamentalists. She stressed upon the need for tolerance in Islamic society in order for it to make progress.

While the session was being organized, suppoerters of some Muslim orgnaizations gathered outside the venue and started sloganeering. Police prevented them from entering the venue.

They said that they were betrayed by the organizers of JLF as they were assured that two authors Salman Rushdie and Taslima Nasreen would not be allowed to attend the event.

“The organizers had assured us that we would be consulted before they allowed these two people to attend the event,” one of the demonstrators told The PinkCity Post.

“Taslima was thrown out of Bangladesh. She was allowed to stay in this country, but she has got too much freedom,” Qari Moinuddin, convenor, Rajasthan Muslim Forum was quoted as saying.

The controversial writer said she didn’t believe in nationalism and religious fundamentalism.

“I believe in one world. I believe in rights, freedom, humanism and rationalism. Until Islam accepts criticism, no Islamic country can be considered secular. Whenever I criticise, people want to kill me.”