Voting goes off peacefully barring sporadic incidents of clashes between student groups. The highest voting percentage of 94% was recorded at Government Girls College of Ajmer. 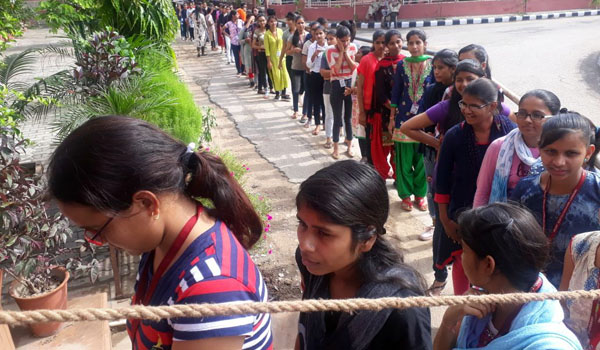 Jaipur: Voting at all the universities in the state including Rajasthan University (RU) and their constituent colleges came to an end at 1 pm on Friday. Voting at JNVU in Jodhpur will take place on September 10.

The highest voting percentage of 94% was recorded at Government Girls College of Ajmer.

Many instances of students violating the model code of conduct were also reported.

Supports of NSUI and ABVP clashed with each-other outside the entrance gate of Commerce College in Kota. Police resorted to mild lathi charge to restore law and order. One student was arrested for creating ruckus.

A similar case has been reported at Bhilwada where NSUI and ABVP supporters screamed slogans and hurled stones. Police resorted to lathi charge to disperse the crowd of students creating ruckus.

In Bikaner, two voters were arrested for fake voting. They managed to enter the polling booth despite heavy security, but were arrested before casting their vote when the police came to know about their fake identity.

The students of Maharaja and Maharani college in Jaipur shouted slogans in support of their leaders outside polling booth.

The main gates of all the universities and colleges were locked after the polling came to an end at 1 pm. 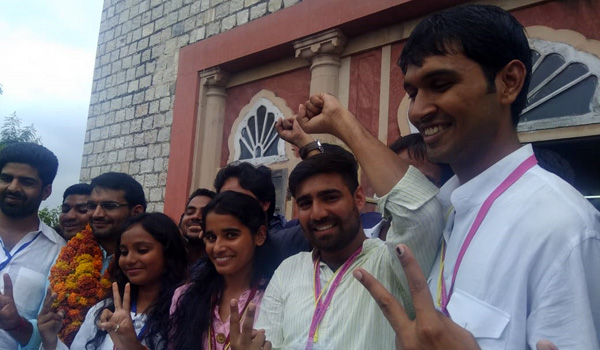