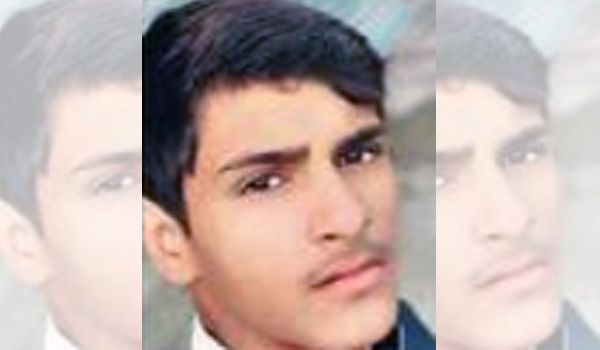 Student Sanjay Jangir who fell off his school building in Sanganer

Jaipur: A class 9 student, identified as Sanjay Jangir, fell off the fourth floor of KD Public Senior Secondary School situated on Vatika Road in Sanaganer on Thursday afternoon. The family members of the 15-year-old boy accused some teachers of the school of harassment. They placed the body in front of the school building’s entry gate and demonstrated on Friday. The police have recovered a CCTV footage which shows Sanjay falling off the building. They said that an investigation has been launched into the family members’ allegations.

The school administration refuted the allegations saying that Sanjay had pressured a teenaged girl to wish him on his birthday. When the girl complained to the principal about it, the school administration asked Sanjay to stay in the school and tried to inform the family members. When they couldn’t reach the family, a bus driver was sent to get them to school. Sanjay jumped out of a window in the meantime, they said.

The family members however alleged that some teachers dragged Sanjay and beat him up severely. They have lodged an FIR against the school administration.

Sanjay’s father Chandraprakash is a carpenter, while his mother Hansa Devi is a housewife.

The family members say that the postmortem examination report would reveal injury marks on Sanjay’s body suggesting that he was beaten up and tortured.