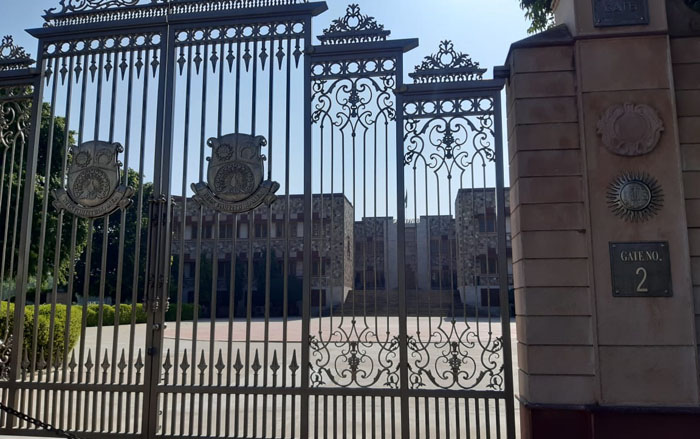 Jaipur: At least 22 children and three teachers of St Xavier’s School in Jaipur were injured when the bus they were travelling in overturned on Jodhpur-Jaisalmer National Highway bypass road. While three including two children were hospitalized for treatment, others were discharged after a primary treatment. Police officials said that they have launched an investigation into what caused the mishap. The road accident caused panic among parents.

Nearly 140 children and 10 teachers were on an educational tour in Jaisalmer. They had left Jaipur in three buses on Friday. The mishap occurred about eight kilometers from Pokaran on NH 125 around 5.30 am.

“The bus overturned as soon as it left a toll plaza on the highway. A rescue team was immediately rushed to the spot when the villagers informed the police. The children were pulled out of the bus. Twenty two children and three teachers were injured. They were taken to a hospital in Pokaran. Three were referred to a Jodhpur hospital for treatment due to injuries. Others were discharged from the Pokaran hospital after primary treatment,” said a police officer.

The teachers who were injured include Anant, Sindhu Varma and Richa Kapoor.