The St. Xavier’s Alumnus who introduced Minimalist Photography in India 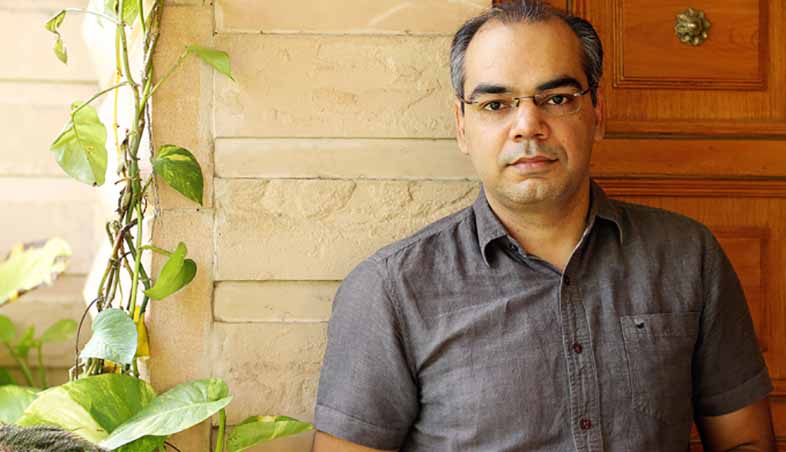 Prakash Ghai, an alumnus of St. Xavier School, Jaipur, is the first one to introduce Minimalist Photography in India through his blog www.PrakashGhai.com nearly three years ago.

The blog covers Minimalist Photography extensively with articles and insights.

“It comes to me quite naturally,” says Prakash.

He adds, “I took off on my journey as a Minimalist Photographer and there is no looking back. In all probability, I will be shooting Minimalism for the rest of my life. I realize that I am made for this. I shoot very different frames and today my identity is etched intricately with my compositions. In fact, no one ever taught me this. I was already shooting Minimalist Photos without even knowing what the genre was all about. Once I came to know, I simply followed my passion. In a community where everyone is doing something common, I firmly believe that you need to establish your own identity by doing something unique. Now, this is the reason people know me. They know me as a Minimalist Photographer. Minimalist Photography has made me stand out from the crowd.”

Followed by nearly half a million people on Instagram, Prakash Ghai has taken his work altogether to another level. “Minimalist Photography,” explains Prakash, “derives its roots from the concept: less is more. A minimalist photograph will be one in which the total elements in a photograph are kept to a bare minimum and anything extra that doesn’t enhance the frame in any manner or compliments the subject directly or indirectly, is left out.” Now the question that springs up is, if the subject and background is going to be selectively captured, what will be left in it worthy of being called a photograph of interest. Here lies the talent of the minimalist photographer where the frame is so well composed bringing in the art aspect of the composition. Such a shot is evidently going to look very simple and easy to comprehend and this is carried out by using basic geometric shapes, lines, color, contrast and sometimes large empty spaces in the frame. “In short, we can say that Minimalist Photography is Minimalism added to Visual Art that is appealing to the eye,” clarifies Ghai.

A style employed by many 20th Century artists, using a minimum amount of components such as colour, shape, line and texture is what minimalism is all about. In context to art, it is considered an extremely subjective concept, leaving interpretation and meaning up to the viewer to perceive the work. There is no need to have extra material possessions in life, for that extra stuff doesn’t actually add value to one’s life nor brings any added joy or happiness. Rather, it does the opposite and takes away one’s precious time and mental space. This results in a person being unnecessarily stressed out.

Minimalism is a tool that can assist you in finding freedom. Freedom from fear. Freedom from worry. Freedom from overwhelm. Freedom from guilt. Freedom from depression. Freedom from the trappings of the consumer culture we’ve built our lives around. It is all about real freedom. That doesn’t mean there’s anything inherently wrong with owning material possessions. Today’s problem seems to be the meaning we assign to our stuff: we tend to give too much meaning to our things, often forsaking our health, our relationships, our passions, our personal growth, and our desire to contribute beyond ourselves. Want to own a car or a house? Want to raise a family and have a career? If these things are important to you, then that’s wonderful. Minimalism simply allows you to make these decisions more consciously, more deliberately.

Some appreciate the openness of this idea, embracing the freedom of interpretation, whereas others despise the lack of direction or subject matter. For photographers, this is less of an issue, as more often than not, a photo remains a real-life moment captured on film.

Minimalism can be applied from lifestyle to art, from music to photography, from poetry to apparels; it can be applied everywhere. Though the basic theme of the concept is to keep it simple, apparently, this is what makes minimalism so complex.

When understanding how to achieve minimalism, the rule is to keep it simple. But that doesn’t mean, it needs to be boring or uninteresting. Striking and engaging eye catching subjects will be the strongest element of the shot, even though it may not take up the majority of the frame. Before you take your shot, take a moment to consider what you are going to include in your frame and also what you are going to leave out. The space around a subject will accentuate its prominence. So zooming or cropping out any distractions becomes mandatory. 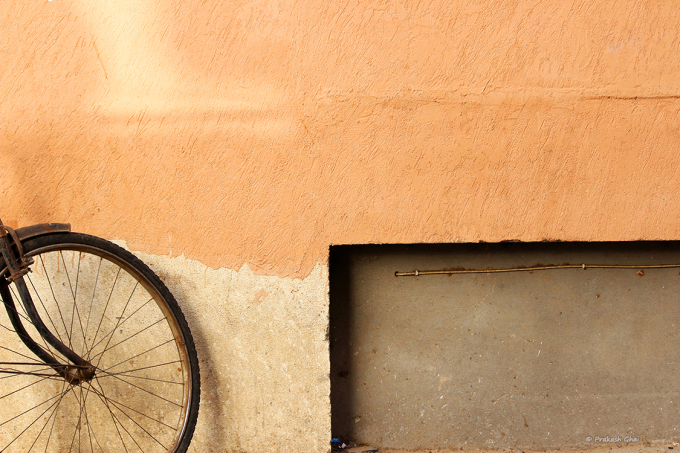 Once you have spent some time studying minimalist examples, you’ll begin to appreciate the examples of minimalism that surround you each and every day. When you’re out and about, keep your eyes open for spaces and blocks of colour, interesting subjects that stand alone with striking hard and clean lines. Look up, look down, keep searching and you will be rewarded.

A good place to start might be within geometric shapes found at architectural monuments which often include a whole wall of re-occurring pattern that can be exploited to turn into a strong minimalist photo.

On the one hand, where most professional photographers are chasing their dreams of becoming fashion, travel or commercial photographers, Prakash Ghai is trotting a totally different journey of capturing minimal images and at the same time, spreading the genre to other enthusiasts. Only handful people knew about Minimalist Photography in India a few years ago, but now quite a few people know about it. His followers look forward to his initiatives of organizing workshops, photo-walks in and around the Pink City. His work is greatly admired on social networking sites as he also shares and features compositions from other minimalist photographers under the hashtag #LearnMinimalism. His talent has provided him with opportunities of being on the Jury panel for School, College and State Level Photography Contests.

Nothing comes without practice. Understanding Minimalism in Photography takes a lot of time. Anyone who has the taste for this genre will first need to go through the definitions and tutorial material available online. Then, one should look at Minimalist Photo examples shot by various Minimalist Photographers across the world. The final step would be to go out with the camera and practice over and over again. It is all about the photographer’s vision layered with aesthetic sense. It has very little do with the quality of the camera or superior technique. Is just pure composition which works. Photographs that look really simple at the first glance are pretty difficult to produce. 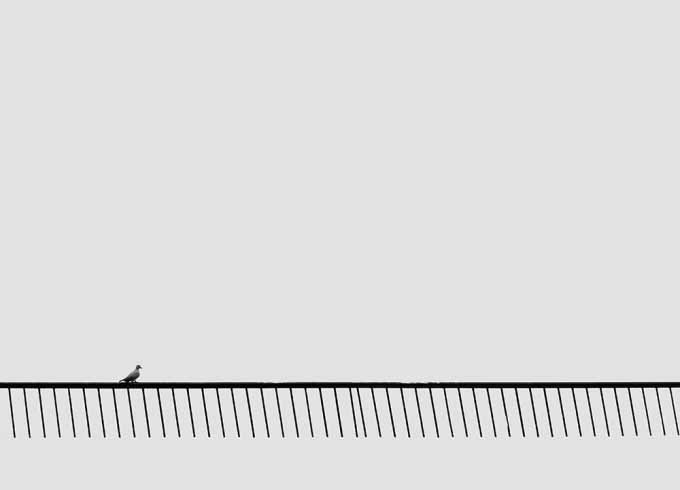 Many minimalist photos are eye catching, featuring simple lines, appealing colours and could be considered an artistic expression, but once you’ve mastered capturing appealing images; it’s time to take on a greater challenge. Can you tell a story through a photo shot in a minimalist style? Is it possible to convey a scene or event using reduced subject matter, colours and shapes?

To achieve this, you may well need to incorporate some interest from light, reflections, shadows, design, people or movement. But next time you’re out shooting an event, once you’ve got all the shots you need, try summing up the event in one shot using as little subject matter as possible, you might surprise yourself!

“Your shot must be highly creative and it must also have a story to tell,” Prakash signs off.

The author is a teacher at St. Xavier School, Jaipur. This interview originally appeared on the author’s blog.