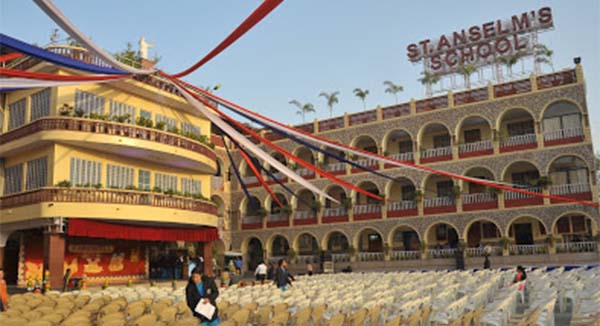 Jaipur: The ongoing row over the directorate of secondary education Bikaner revoking the NOC issued to St Anselm School continues as CBSE in Delhi has reportedly authorized the action against this prestigious convent school.

The directorate had revoked the NOC for a year after a lady teacher complained that the school principal forced her to kneel down in front of children. The teacher was punished by the principal for arriving late for the class.

The parents of the children are worried and confused. The school administration sent an SMS to the parents on Tuesday saying that the Rajasthan education department’s principal secretary had stayed the directorate’s orders regarding revoking the school’s NOC.

The complaint against the school had been made by physical education teacher four years ago. She was late for five minutes, according to the complaint. She said that she was humiliated in front of the school children by the principal.

The directorate of secondary education had sent a letter to CBSE in Delhi to revoke the school’s affiliation.

Father Thomas who was the principal who allegedly punished the teacher didn’t appear before the committee formed to probe the complaint despite repeated notices, said a senior directorate officer.

The school will likely move the Rajasthan high court against the orders of the directorate and CBSE. More than 3000 children study in the school.