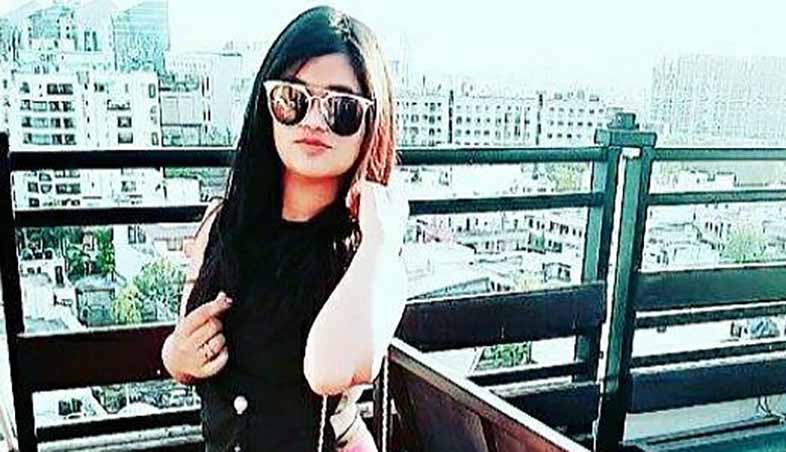 Avantika Sharma who died in road accident near Chomu House Circle in Jaipur on Tuesday.

Jaipur: The Tuesday accident that claimed lives of five young people from two families not only crushed to death some bodies, but also many dreams. Avantika Sharma, one of the five victims, was a bright student at St Angela Sophia Senior Secondary School in Jaipur with a promising career ahead. She had scored 90 percent marks in CBSE and was partying ever since her results were announced last week, the family members and neighbors said.

Eighteen-year-old Avantika and her brother Nitesh Sharma were with her aunt Roshni and soon-to-be uncle Rahul Sharma in a car on Tuesday when an overloaded truck crushed them to death. The salt-laden truck fell over their car.

The death of Avantika was the most tragic.

The accident occurred around 4 am near Chomu House Circle in Jaipur. The police reached the spot half an hour later and started removing sakes of salt that had buried the car. Only after removing the sacks, the police realized there were dead bodies under them.

The bodies were stuck in the car in such a manner that the cops could not pull them out, so they dragged the car for half a kilometer so that they could look into it without getting interrupted by the sacks of salt.

They were shocked when they found that one of the victims was still breathing.

The victim was Avantika. But it had taken the cops nearly one and a half hours to pull her out of the car and rush her to hospital.

She was bleeding profusely and eventually died while undergoing treatment at SMS Hospital.

“We strongly believe that had her body been discovered a bit sooner, she could have survived,” said a neighbor.

Family members said that Avantika was very excited about the upcoming wedding of her aunt Roshni.

“Since her results were announced last week, all she cared about was the wedding,” said the neighbor.

Her brother Nitesh Sharma was an event management student.