Phogat’s first claim to fame was her popularity on now-banned Tik-Tok. She participated in 'Bigg Boss 14' as a contestant. 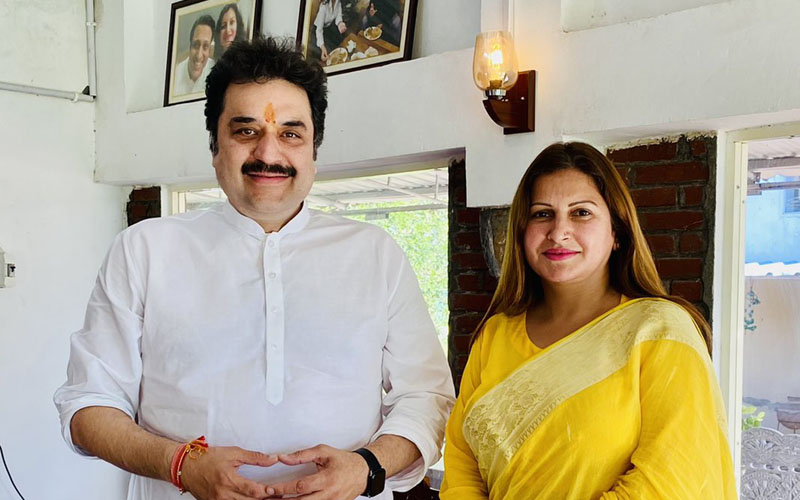 Sonali Phogat had posted her photo with her political rival Kuldeep Kuldeep Bishnoi a few days ago.

GOA: Haryana’s firebrand BJP leader Sonali Phogat passed away at the age of 42. Phogat was in Goga when she suffered a heart attack on Monday night, nearly six years after her husband, Sanjay Phogat, died under mysterious circumstances. His body was found in the farmhouse in Hisar in December 2016.

Phogat’s first claim to fame was her popularity on now-banned Tik-Tok. She participated in ‘Bigg Boss 14’ as a contestant. She is survived by her daughter Yashodhara.

Sonali Phogat had told media persons on several occasions that the loss of her husband had affected her emotionally. Her mother-in-law advised her to join politics which was also the wish of her husband.

In the assembly elections held in 2019, Phogat contested against Kuldeep Bishnoi from Adampur and was defeated.

Born on September 21, 1979, in Fatehabad of Haryana, Sonali Phogat was also an actress. She anchored shows on Doordarshan.

Sonali Phogat played the role of Nawab Shah’s wife in the TV serial ‘Amma’. She also appeared in the Haryanvi song ‘Banduk Aali Jatani’. In June 2020, a video went viral on social media in which Sonali Phogat was seen beating a government officer with her slippers.

Sonali Phogat publicly thrashed the secretary of the Hisar Market Committee in Balsamand. A police case was registered against Sonali on the complaint of the secretary.