12 team and over 100 policemen were part of the operation 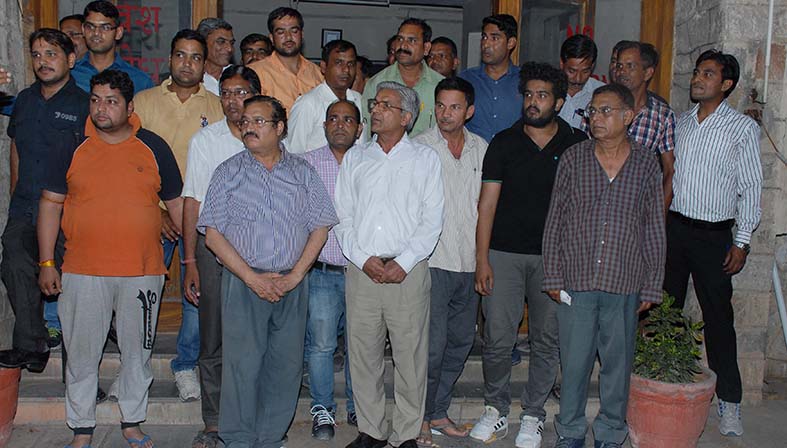 The entire operation of arresting eight accused including RU professors was carried out in such a coordinated manner that the accused men didn’t get a chance to flee from the law. All the arrests were made simultaneously, leaving the family members suspect that the arrested men have been kidnapped.

A total of 12 teams under the supervision of IG, SOG Dinesh MN and add SP Sanjay Kshotriya were constituted to pick up the accused from their respective homes and offices at one time.

More than 100 policemen including several DSPs and inspectors were part of the operation.

When a team of policemen turned up at the doorstep of Rajasthan University’s Geology head of department (HoD) JP Jat in Malaviya Nagar’s Model Town in plainclothes, tenants thought that he was being kidnapped. The tenant alerted the police and Jat’s relatives, creating a panic  situation.

When Jat was being arrested, other people accused in the matter were being picked up from Bhadara village, Kaladera in Chomu, Jaipur’s Mansarovar and other places.