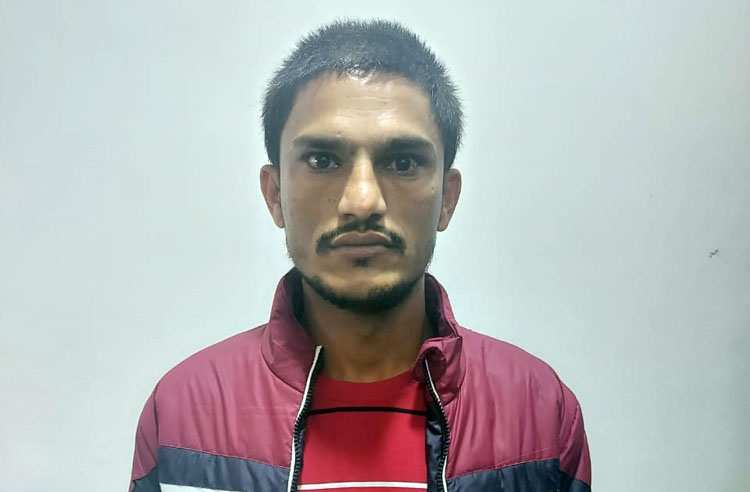 Jaipur: Rajasthan special operations group (SOG) has arrested REET paper leak mastermind Bhajanlal Vishnoi. Sources said that he had fled to Gujarat and had been hiding there for a long time. Bhajanlal has been brought to Jaipur and will be interrogated at the SOG headquarters here. The police didn’t rule out the possibility that the names of some other gang members might also come to the fore during the interrogation with him.

Bhajanlal had been identified as one of the kingpins in the REET paper leak case after the arrest of nearly 20 other people. The interrogation with these people revealed that he had played a major role in the paper leak that kicked off a political controversy and brought to the fore the sorry state of the examination process in the state.

It has come up during preliminary investigation that Bhajan Lal used to sell REET papers to candidates who agreed to pay him Rs 30-40 lakhs. The SOG had been looking for Bhajanlal for the last four months. A team led by SOG Inspector Mohanlal Poswal carried out raids at several places in Rajasthan, Madhya Pradesh, Gujarat and Uttar Pradesh. The agency got a tip-off that he was hiding in Gujarat following which a team was rushed there.

Bhajanlal Vishnoi is a resident of Ranodar area in Chitlawana of Jalore. Bhajan Lal had sold the papers to some other accused including Battilal Meena and Prithviraj Meena who then sold them to many candidates in Sawai Madhopur and Gangapur City for Rs 10-12 lakhs.

Bhajan Lal is also suspected of appearing as a dummy candidate in the constable recruitment examination three years ago. He was arrested for this and later released on bail. He has also sold fake degrees to candidates.