The main accused, Nitesh Bandhu, was being sheltered at a flat in Karani Vihar area by his friends and relatives. 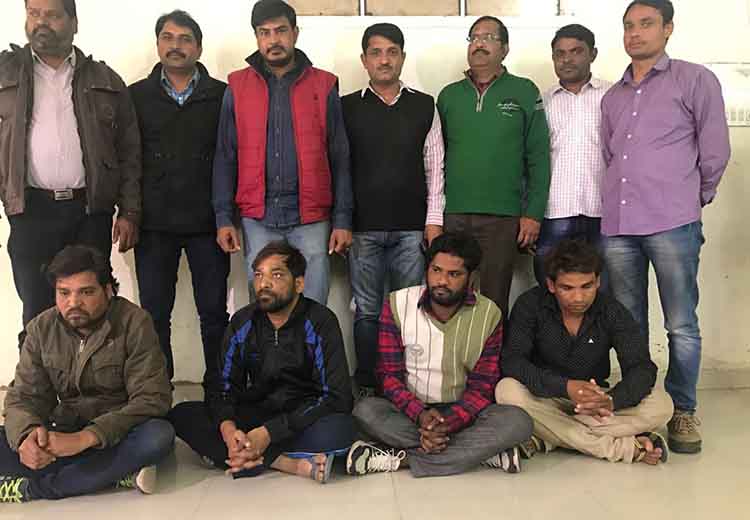 SOG arrestes lawyer in blackmailing case. The accused, Nitesh Bandhu, was hiding in a flat in Karani Vihar area.

Jaipur: The special operations group (SOG) on Thursday arrested a lawyer - the mastermind of a blackmailing gang involved in extorting people after threatening to implement them in rape cases. The main accused, Nitesh Bandhu, was being sheltered at a flat in Karani Vihar area by his friends and relatives. An SOG team raided the flat late on Wednesday and arrested Nitesh and three others. The others were nabbed on charges of sheltering Nitesh. The number of total arrest in the case has gone up to 19. Read Also: NRI woman extorted seven people in four years: SOG Police teams have been rushed to Goa on suspicion that another absonconding accused Naveen Devani is hiding there. Additional director general of SOG Umesh Mishra said that Maniesh, Neeraj and Anil Kumar were nabbed for sheltering Nitesh. The trio gave Nitesh a new identity to help him stay out of the police radar. When a police team raided the flat, Nitesh identified himself as Sushil. He had grown a beard and moustache. “A total of 11 FIRs have been registered in connection with this blackmailing racket. We have arrested 19 people so far and search for some other absconding criminals is still on,” Inspector General, SOG Dinesh MN said. Read Also: SOG arrests NRI woman in blackmailing case, four lawyers debarred Nitesh has reportedly confessed to being involved in at least 20 blackmailing cases. The racket busted last month extorted doctors and businessmen. The women members of the gang used to befriend the victims, took them to hotels and then threaten to implicate them in rape cases. Several lawyers and bogus journalists were members of this gang. Four lawyers were debarred by the Jaipur bar Association. The woman, said to be a non-resident Indian (NRI), was arrested from a coaching institute in Kota. An SOG team raided the coaching center and detained the woman. She has been brought to Jaipur for further investigation. Sources said that the woman worked at the coaching institute.
Follow @ThePinkcityPost