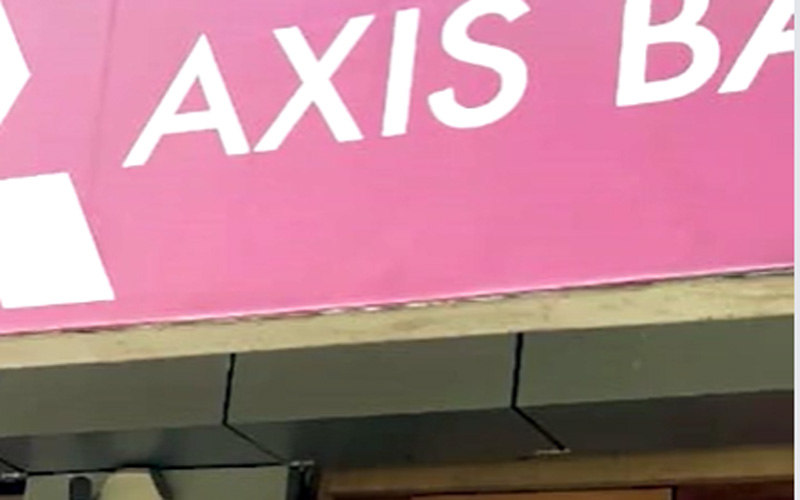 Jaipur: At least robbers barged into a branch of Axis Bank located Rico Chowk in Bhiwadi town of Alwar district and decamped with cash and gold worth Rs 1 crore. They robbed the bank at gun points in less than 30 minutes. The police have launched a search for the robbers who fled on bikes.

According to the police, six robbers had reached the bank on three bikes. When the bank opened in the morning, they barged into it pointing guns at everybody around 10 am. They took all the bank employees hostage.

The robbers were wearing masks, police said adding the robbers were armed. . They threatened to harm the employees if they were not provided the keys to the locker. They collected the cash and the locker in bags and fled on the bikes.

The dacoity was carried out in less than 30 minutes. After the robbers fled, the bank employees informed the police following which senior police officers including SP, Alwar Shantanu Kumar rushed to the spot.

The police put up barricades on all roads leading away from the spot, but there was no clue about the dacoits till the reports last came in. The police are studying footage of CCTVs installed in the bank and at other commercial establishments in the area. They are trying to identify the robbers on the basis of the bike and their appearance. The police have received some clues about the route taken by the robbers for the escape.