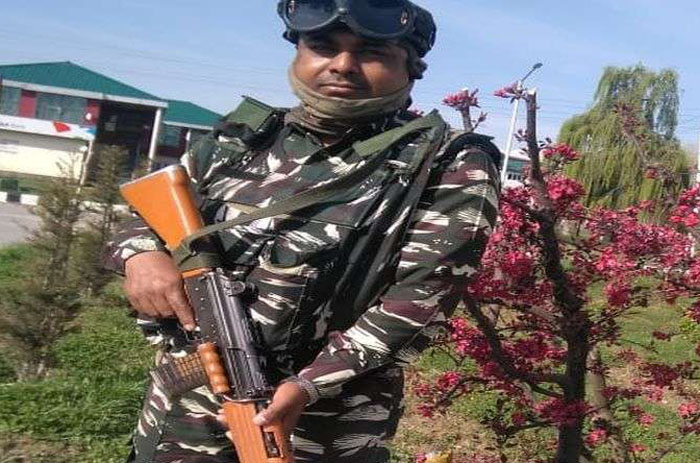 Jaipur: Deepchand Verma – a CRPF jawan – who was martyred in a terror attack in Baramulla area of Jammu and Kashmir on Wednesday morning was a resident of Sikar district in Rajasthan. Deepchand was on petrolling when a group of terrorists ambushed and attached him. He was seriously injured in the attack. He was rushed to a hospital where he died while undergoing treatment. The last rites will likely be held at his native village on Thursday.

Deepchand was a resident of Bavadi village of Sikar district. As the news of his martyrdom reached the family, a pall of gloom descended in the village.

According to preliminary reports, Deepchand joined CRPF in 2003. He got a promotion six months ago. A year after joining CRPF, he got married. He is survived by two twin sons, a daughter and wife Saroj. The family currently lives in army quarters in Ajmer. The family members were inconsolable after receiving the news of Deepchand’s death in the terror attack.