Major accident on Sikar Road, the bus was trying to overtaken when it collided with a truck; many people are reported to have been injured in the mishap. 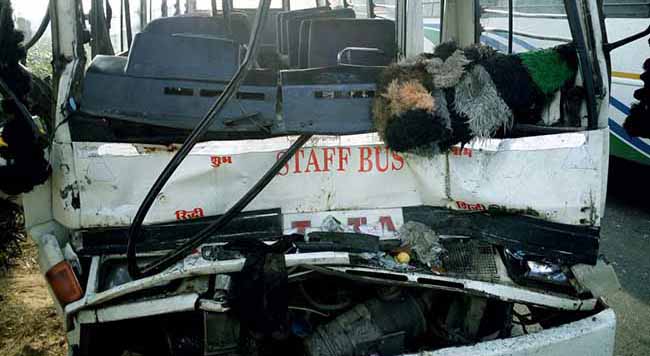 Jaipur:  At least 11 people were killed while several others were injured when a public transport bus collided with a truck while overtaking another bus on National Highway (NH) – 52  in Fatehpur area of Sikar district on Wednesday, according to preliminary reports. Click on the link below to watch the accident video:

Critically injured people were admitted to a government hospital in Sikar for treatment.

The mishap occurred near Rohalsahabsar on Bikaner – Jaipur highway around 8 am. According to reports, the public transport bus was overspeeding.

It was trying to overtake another vehicle when it collided with a truck. 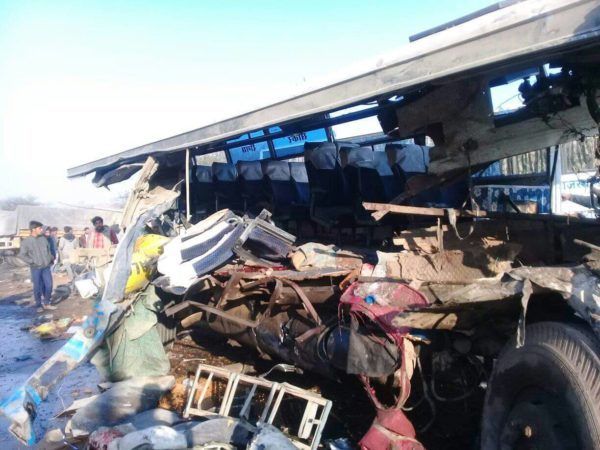 Passersby informed the police following which a team was immediately rushed to the spot.

Senior police and administration officials rushed to the spot to monitor the rescue operation.

Several people were stuck in the bus and had to be pulled out by rescue teams with the help of local residents.

Some injured were first taken to a hospital in Fatehpur. Doctors referred seriously injured to the government hospital in Sikar. Their condition is stated to be critical.

District collector Naresh Thakral visited the hospital in Fatehpur and announced a compensation of Rs 50,000 each to the kin of deceased victims, while Rs 10,000 to those who were injured in the accident.

He directed the medical staff to make necessary arrangement to provide timely treatment to the victims.

According to preliminary reports, the bus was carrying more than 30 passengers. It was on its way to Jaipur from Sardarshahar in Churu.

A Rajasthan roadways bus driver said that the Lok Seve Parivahan bus involved in the mishap was overspeeding.

“It was running at a speed of more than 70 km per hour. I was driving the bus at a speed of 40kmph. The bus overtook us in such a speed that the driver lost control. I had to drive our bus off the road to avoid collision, but the public trasnport bus collided head-on with a truck,” said the driver.

Click on the link below to watch the accident video:

The police are trying to identify the bodies, but said that most of the victims are from Churu. All the bodies have been put in the mortuary of Dhanuka hospital in Fatehpur Shekhawati.

More than 20 people were injured in the mishap.

Fog has reduced visibility on roads causing several accidents in Rajasthan over the past two days. Eight people were killed in two separate accidents in Bharatpur and Jodhpur on Tuesday. Accidents have also been reported in Alwar, Bhilwara and several other districts.

Click on the link below to watch the accident video: